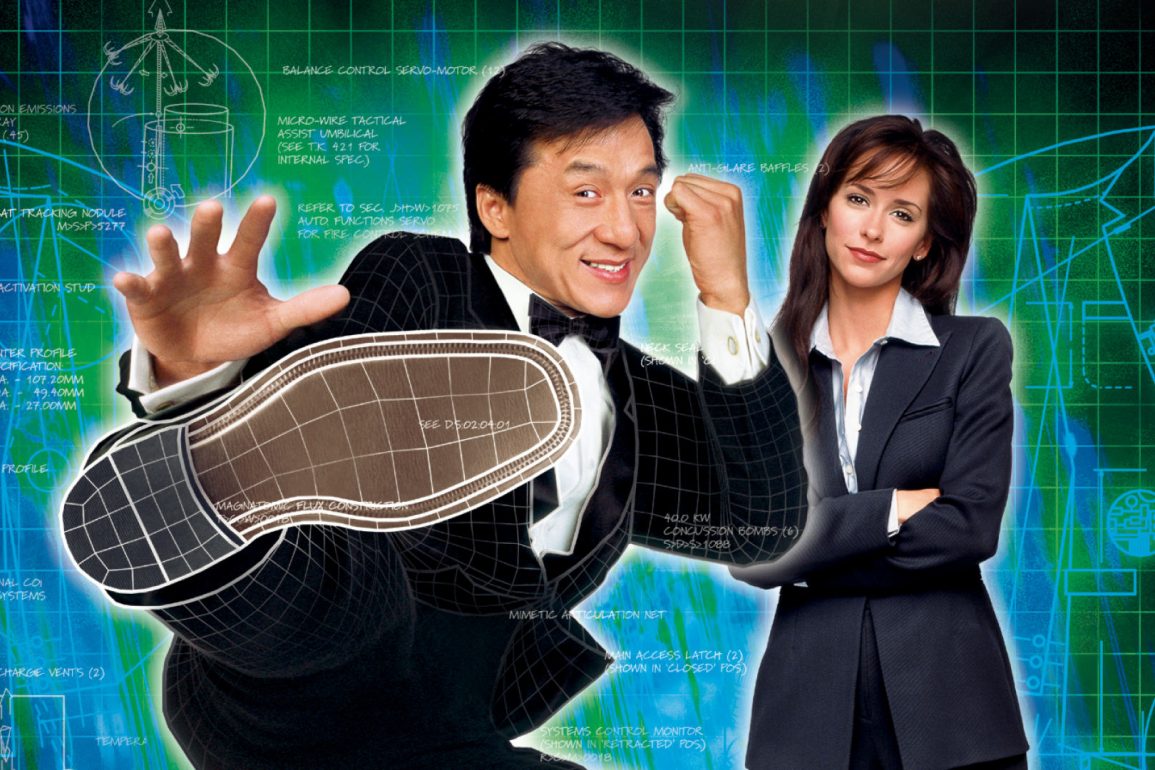 Plot: Cabbie-turned-chauffeur Jimmy Tong (Jackie Chan) learns there is really only one rule when you work for playboy millionaire Clark Devlin (Jason Isaacs) : Never touch Devlin’s prized tuxedo. But when Devlin is temporarily put out of commission in an explosive accident, Jimmy puts on the tux and soon discovers that this extraordinary suit may be more black belt than black tie. Paired with a partner (Jennifer Love Hewitt) as inexperienced as he is, Jimmy becomes an unwitting secret agent.

Next in my Chanathon is The Tuxedo which I always thought looked dreadful so I held off until the other night and although it isn’t a great film by any stretch of the imagination it is goofy fun. Also you can’t go wrong with Jennifer Love Hewitt who (like Claire Forlani in The Medallion) kept laughing throughout.

I’d never thought about Jason Isaacs as Bond but he would have been great in his younger days as he’s got that steely gaze and was surprisingly convincing as the suave ladies’ man in this movie.

Jackie Chan is at his likeable underdog best here as a taxi driver called Tong, James Tong who has dreams of dating a beautiful woman who works in an art gallery but he lacks the confidence to win her over. Then by chance one of his passengers tests him to see how fast he can get to somewhere in the city which gets him a new job – driving around the mysterious Clark Devlin (Isaacs). The pair bond and Devlin teaches some tricks in how to be cool and suave but we find out that it’s actually all due to a technologically advanced tuxedo which can make the wearer do pretty much anything.

After Devlin is injured Tong dons the tux and starts investigating what happened to Devlin teaming up with Jennifer Love Hewitt’s Del Blaine.

There isn’t much that stands out in terms of action with a few fight scenes and stunts but Chan has done far better; it’s still harmless and entertaining with a few funny moments for adults as well as kids.

The score from John Debney is suitably espionage-y with hints of Bond with a modern (for the time) twist and it works well for the movie adding to the excitement and sense of adventure.

Overall, The Tuxedo is ridiculous stuff and Jackie Chan can do so much better so it’s not one I would revisit often; it is a fun family movie though that’s inoffensive and diverting if not especially memorable.