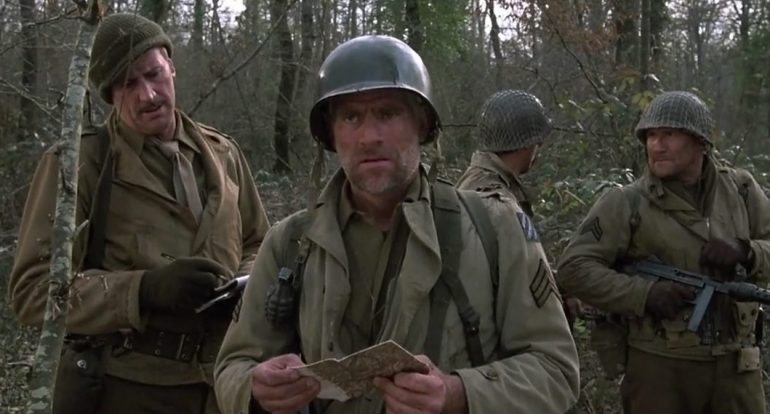 Plot: American soldiers, led by The Sarge (Tim Thomerson), are stuck behind Nazi enemy lines. As they make their way across the Italian countryside, they come across an alien spaceship that has crash-landed in the woods. The alien pilot is dead, but one of the ship’s passengers (William Paulson) is on the loose. As the GIs hunt down the alien by splitting into smaller groups, they’re not only tracked by the Nazis, but also a whole host of other aliens come to save their stranded party.

Zone Troopers was a movie I watched regularly on VHS growing up as I always loved the cover art of the alien doing the Uncle Sam pose (see below). There was something arresting about it which as someone who lived (and still lives) in my imagination I loved it.

It’s been many years since I last saw Zone Troopers but after watching it the other day I forgot just what silly fun it is; if you watched it for the first time now you’d probably find it laughable but it’s meant to be. This is from the cast and crew behind Trancers and has a similar tone where it’s mostly winking at the audience.

Tim Thomerson is perfectly cast once again and this time he plays The Sarge, the gruff leader of a group of American soldiers lost behind enemy lines during World War II. As you’d expect his character is no nonsense who smokes a lot and never cracks a smile. He is essentially the voice of the viewer so whenever something silly happens he just looks at it like it’s ridiculous, so it keeps things light.

The late Art LaFleur is essentially the main character as Mittens and it’s one of my favourite roles of his; he’s a very appealing character and he even gets to live out the dream of punching out Hitler!

Timothy Van Patten is the overly eager (and doomed) Joey who is enthusiastic about everything so you know he has “dead meat” written all over him.

There are shoot-outs on a regular basis and some impressive explosions too; some of the visuals are obviously dated but considering it’s from back in 1985 most of it still holds up. This is a movie that knows exactly what it’s doing and if you get it you’ll love it like I do. Movies like this I can watch every day as it’s just pure escapist nonsense and the type of film I live for. It’s out on Blu-ray and has been nicely remastered so it looks and sounds better than ever.

Overall, Zone Troopers will always have a special place in my heart as it fills me with nostalgia for the VHS era I grew up in; it’s still a heck of a fun time with great characters, nice moments of humour and of course plentiful action. 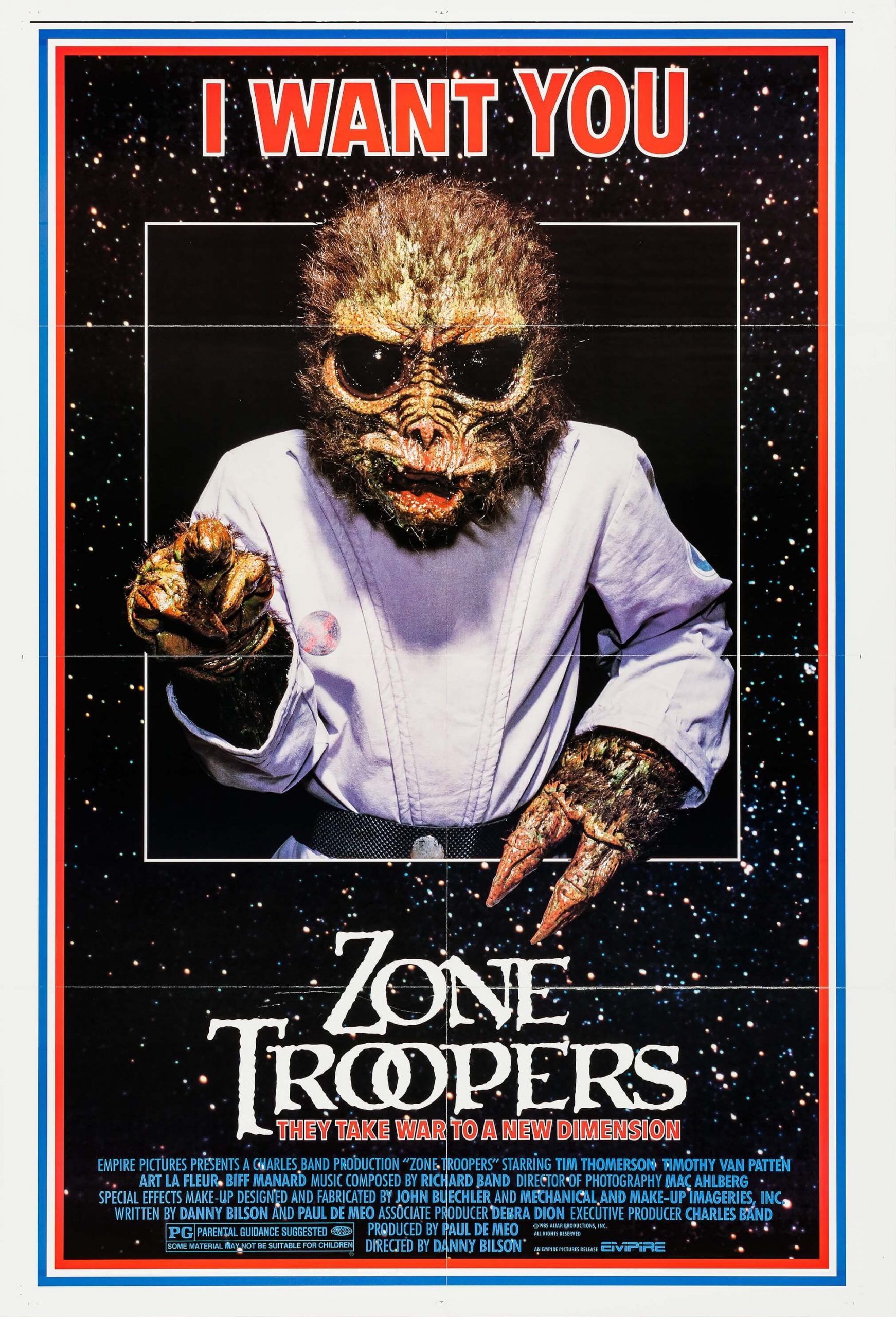