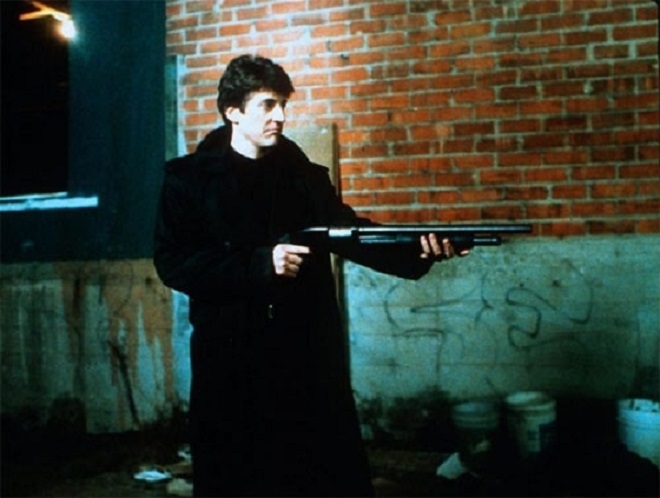 Plot: An elite Federal force whose objective is to eliminate organized crime is violently assassinated by an evil Asian crime lord. The sole survivor of the group teams up with his late partner’s widow to strike back at the crime lord and his son.

The Silent Force may well be one of my favourite Loren Avedon movies as it just does so much that I love about the action genre.

First off, we have Loren Avedon kicking ass and killing bad guys without mercy, then we have some of the most diabolical villains with George Cheung in one of his most evil roles to date.

For the finale we get a (brief) No Retreat No Surrender 2 rematch with Loren vs. Matthias Hues. Sadly, Matthias only shows up for this and the fight is cut short by the arrival of the police.

That’s the one thing that frustrates me about the movie is that the bad guys are supremely evil even massacring Frank Stevens’ (Avedon) entire squad in cold blood but saving Frank’s best friend Billy
(Clint Jung) for last feeding him alive to sharks. It’s straight out of License to Kill with George Cheung cackling manically while doing it.

So you’ve built up these bad guys who are so hateful that they deserve to be thrown in a combine harvester, plane engine or something equally as gruesome but instead… they get arrested. Now for a sicko like me that is profoundly unsatisfying and I demand blood!

Aside from that though it’s a fast paced low budget actioner with regular fights, a huge bodycount and a badass hero in Frank (who essentially becomes the Punisher after being left for dead). He goes after the people who work for Pao on a mission of retribution killing those responsible while wearing a trenchcoat and looking cool.

Keep an eye out for Roger Yuan as one of the bad guys and you’ll notice in the end credits that the fights were put together by JJ Perry and Clayton Barber which is why they are pretty awesome.

There is also a decent electric guitar music score which plays during the various action scenes so it gets another point for that.

There are a few continuity errors that were quite glaring like the squib going off after the guy has reacted and a few others but let’s face it if we watch these kinds of films we aren’t exactly looking for cerebral stuff; we want cheap but entertaining thrills and for the most part The Silent Force delivers.

Overall, if you’re a Loren Avedon fan and enjoy low budget action (like me) then you’ll find plenty to enjoy in this wonderfully escapist fun.