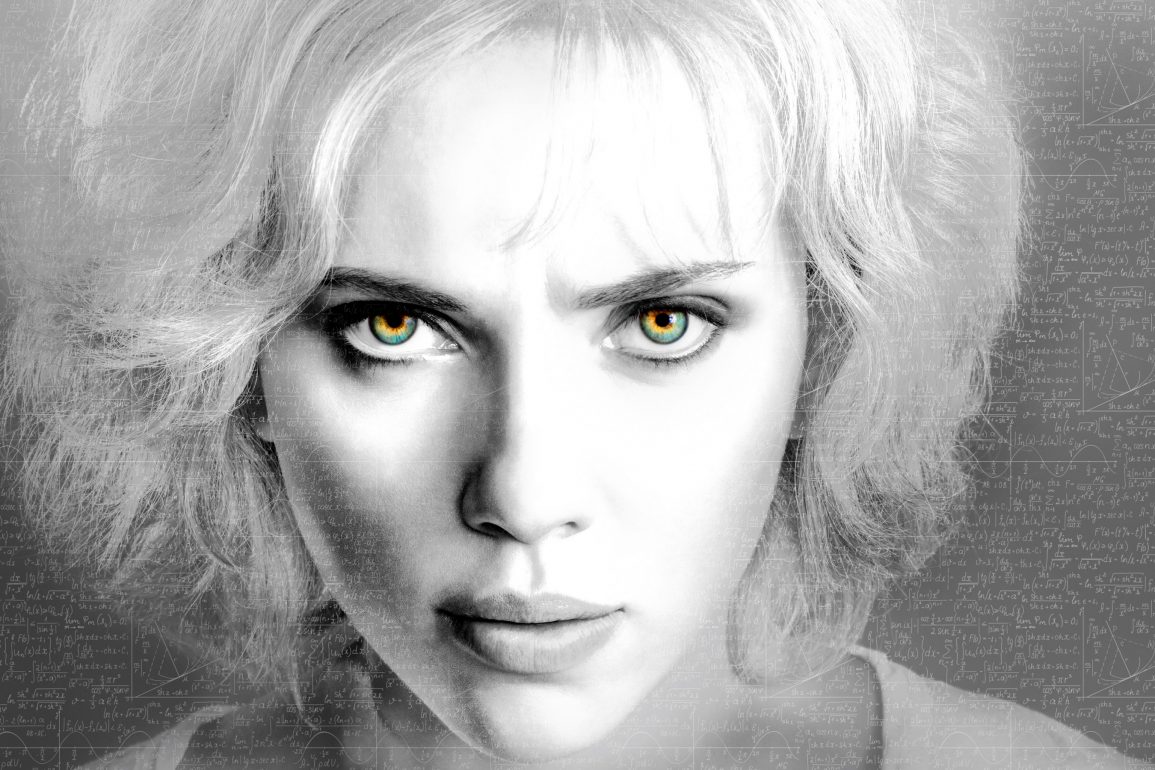 Lucy is a tough film to review and I hope this made sense, but it is something a little different with Scar Jo on fine form and it has some inventive action scenes; it’s just a shame it goes a bit too weird in the second half where some moments work better than others.

Plot: A woman, accidentally caught in a dark deal, turns the tables on her captors and transforms into a merciless warrior evolved beyond human logic.

Review: Luc Besson has never been a director afraid to take risks; with the classics Leon: The Professional and Nikita under his belt, he quickly made his name as a fresh voice in the action genre. Lucy is arguably his most daring film to date which is just so utterly bonkers that you have to applaud him for trying something a little different.

It’s a bit like the Bradley Cooper movie Limitless, except far more confusing and frankly silly, but there are enough fresh ideas to make Lucy an interesting oddity.

Scarlett Johansson can class up a movie by merely walking on screen and she does just that with this mind-bending sci-fi thriller. At the start of the film, she’s a party girl who gets in way over her head making a delivery for a friend and is convincingly terrified throughout the next incredibly intense 20 minutes.

One of the best visuals is at the beginning when Lucy first enters the hotel where she is nervous about delivering a package to Mr. Jang (the utterly terrifying Min-sik Choi). As his goons approach her we get a flash to a Cheetah hunting it’s prey and when the men grab Lucy, the Cheetah pounces. It’s not exactly subtle but it was rather cool and helped to build up the tension of the scene.

Morgan Freeman is another actor who can class up the joint and he plays a professor who just so happens to have a theory about using only 10% of our brains and questions what would happen if humans could access the full 100%. There are further interesting visual flourishes throughout the movie with images of evolution and nature intermingled with some action… and lots of talkie parts.

The film will grab you from the start as you wonder what direction the story will go in… let me tell you, you have no idea how the story is going to go. Trust me on that.

Sadly, I’m actually disappointed with how the second half of the film went as it lacks the same intensity as the first half and just gets too dumb to be truly great. It’s also a little slow in parts with some pacing issues.

Scarlett is fantastic as Lucy and her transformation from scared girl to an almost God-like warrior is handled nicely, but it would have been better if there was some more action and less silliness. The last 10 minutes really lost me and it’s never a good sign when the audience start laughing at just how bizarre it is.

Lucy begins to use telekinesis and throws bad guys around left and right but the action highlight is her driving through the city at high speed. The climactic shoot-out starts off well but then gets so utterly weird that I tuned out a little.

The film is refreshingly adult-oriented so it was great to see this R rated action thriller enter at number one with $44 million this week. By the time the movie was over though people came out scratching their heads saying “I have no idea what was going on there” so watch the box office drop off in its second week.

Overall, Lucy is a tough film to review and I hope this made sense, but it is something a little different with Scar Jo on fine form and it has some inventive action scenes; it’s just a shame it goes a bit too weird in the second half where some moments work better than others.