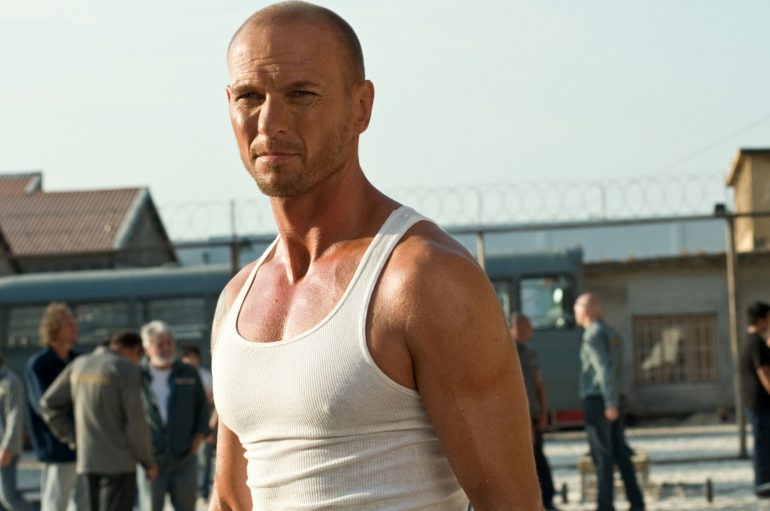 Luke Goss: The Next Action Hero?

I remember when Blade II first came out and it was announced that Luke Goss was playing the tragic villain Nomak, people reacted with remarks like “THAT Luke Goss? From the boy band Bros?”

There were a few mean comments from people and then they ended up watching him in the role; they were quickly silenced as he practically stole the movie. With his cool voice and shaved head, Luke Goss has rapidly become the go to guy for low-budget, yet high quality action movies.

We at The Action Elite have been fans for a few years and a new movie of his is always worth checking out.

His role in the Death Race series has cemented him as an effective bad ass and his ease of playing a good guy or villain demonstrates what a versatile actor he actually is too. Death Race 2 is arguably the best of the series and even surpasses the (also awesome) Statham original. It has a flamethrower fight. Nuff said.

Pressed is another personal favourite of mine as it had a wonderfully unpredictable storyline and an ambiguous ending which I always like as it makes you ponder the film after watching.

His roles in such movies as Interview with a Hitman, Mercenary for Justice and more show that he isn’t afraid of trying out different kinds of roles and I would love to see him work with directors like William Kaufman in the future.

When Stallone talks about new, younger blood for future action movies I would say Luke Goss deserves a shot at the crown because not only can he kick ass but he can act too.