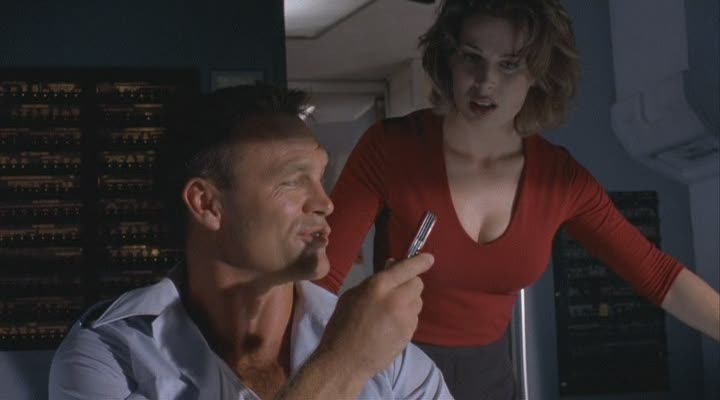 Mach 2 isn’t as good as Stone Cold but it has a surprisingly good story and Bosworth is a likable action star.

Plot: A Presidential candidate running against the Vice-President plans a trip to the Balkans to negotiate the release of American servicemen being held hostage. Before he leaves, he receives a disk documenting evidence that the Vice-President has been trying to revive the American economy by causing a war in the Balkans. He plans to show it to both sides in the hopes of ending the situation. However, Secret Service agents hijack the Concorde he is on and kill the pilots. It’s up to an Air Force officer, nicknamed “Washout” because he can’t fly a plane, to land the Concorde.

Review:This is a Brian Bosworth movie nobody talks about, which is a shame as it’s pretty entertaining and slightly scary at the same time. The story is quite poignant since 9/11 as terrorists threaten to crash a Concorde plane into a city.
The plot itself is the best thing about the movie as after the opening scene on a train, there isn’t much else that’s interesting action-wise. I like how the Vice-President is supplying weapons to both sides in the Balkans because war is good for the economy. It’s still all very relevant today and it’s quite tense in places too. It could have been executed better obviously but I still had fun.
I always thought Brian Bosworth should have been a bigger action star as he was really good at it and he wasn’t a bad actor either. I liked his character in this but he doesn’t have all that much to do.
One of the bad guys in this movie is Michael Dorn AKA Worf from Star Trek: TNG. He is a bit wasted though and the way he and his henchman are dispatched is over far too quickly.
The first half builds up nicely but it has a pretty flat and predictable ending. Will Brian Bosworth conquer his fear of flying and land the plane? Yup.
It’s definitely a case of cool idea, but it got lost along the way in the execution. The acting isn’t bad but there is some bland and forgettable dialogue.
The music was a little over-dramatic but I still liked it; it added some tension when needed.
Overall, Mach 2 isn’t as good as Stone Cold but it has a surprisingly good story and Bosworth is a likable action star.