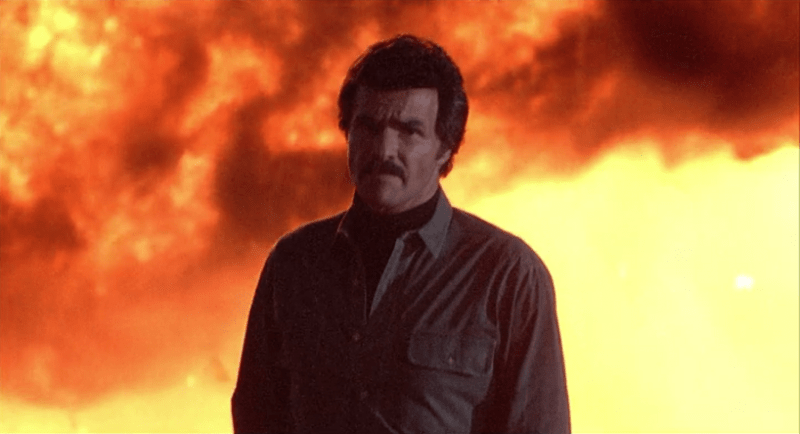 Malone is Burt Reynolds at his coolest with some well done action scenes and an awesome finale.

Plot: Ex-CIA hit-man running from his past (Malone) finds just how difficult it is to retire when he runs accross a small town controlled by mercenaries and a family that’s resisting their control.

Review: There were few people cooler than Burt Reynolds in his prime and Malone is the perfect example; it also has one of the all-time greatest walking-away-from-am-explosion scenes you’ll ever see, cementing his badassery for all time.

Story-wise it’s nothing we haven’t seen a million times before as an evil property developer (Cliff Robertson) tries to forcibly make a small mountain town’s residents sell their property. It actually reminded me a little of Road House, except witout the Double Deuce but the finale is equally as awesome with Malone (Reynolds) going into one man army mode.

These are my absolute favourite kinds of movies and Malone is such a damn hero you’re literally cheering for him at various points. When he beats up a fat redneck piece of shit I was like “HELL YEAH!” and no matter what happens he never once loses his cool.

Malone has a great supporting cast too including Cynthia Gibb (Death Warrant) who I always thought was lovely, Scott Wilson (Hershel from The Walking Dead) and Lauren Hutton.

I really enjoyed Cliff Robertson’s nutjob villain Delaney and his plan for “true patriots” was entertainingly over the top too.

There’s plenty of action and Burt Reynold’s manliness will make you feel worthless by the end of it because you’ll never be that badass.

The script wasn’t as cheesy as it could have been and the movie generally still stands up well.

Overall, Malone is Burt Reynolds at his coolest with some well done action scenes and an awesome finale. Definitely worth picking up on Blu-ray if you can find it.