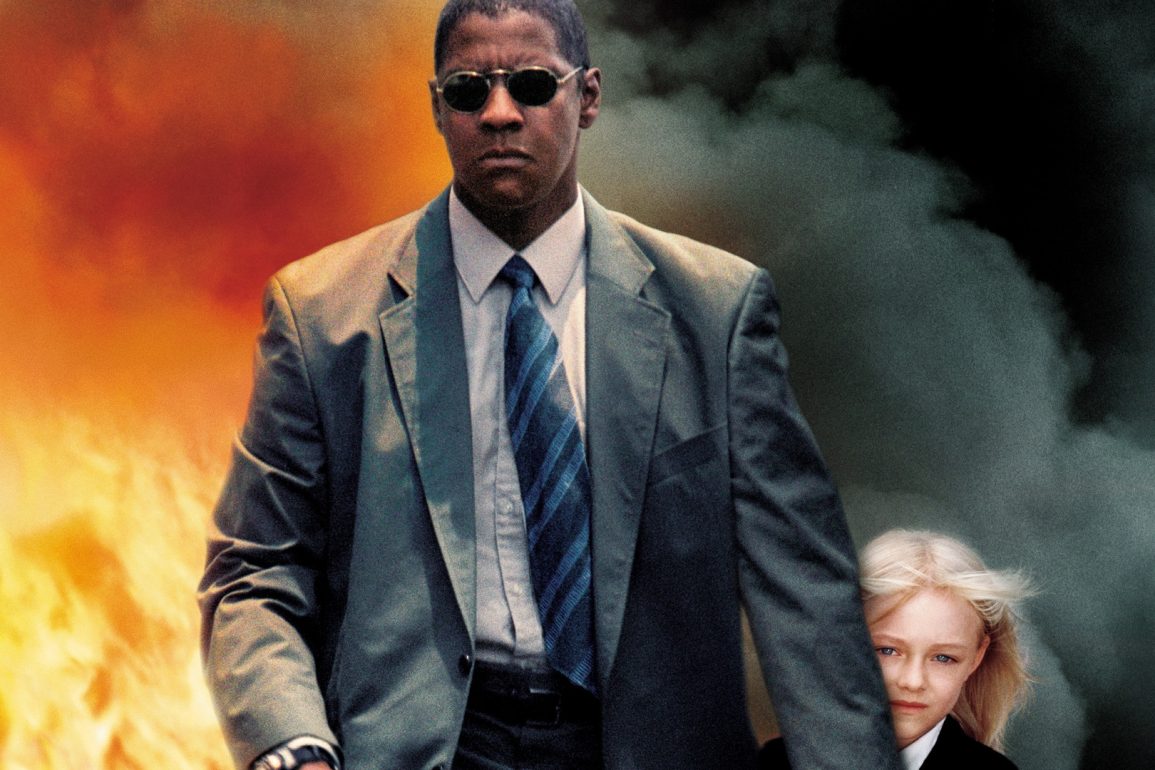 There are some annoying directorial flourishes in Man on Fire but aside from that it’s a solid revenge actioner with Denzel at his badass best and an endlessly quotable script.

Plot: In a Mexico City wracked by a recent wave of kidnappings, ex-CIA operative John Creasy (Denzel Washington) reluctantly accepts a job as a bodyguard for 9-year-old Lupita (Dakota Fanning), the daughter of wealthy businessman Samuel Ramos (Marc Anthony). Just as Creasy begins to develop a fondness for the young girl, a bloodthirsty gunman (Jesús Ochoa) kidnaps her. Now, Creasy must pick off a succession of corrupt cops and criminals to reach his ultimate object of vengeance.

Review: Man on Fire is widely regarded as one of Tony Scott’s finest hours but I also consider it one of Denzel Washington’s best action movie roles.

Washington plays Creasy, an alcoholic former special ops mercenary who is between jobs but he visits his friend Rayburn (Christopher Walken in a rare good guy role) in Mexico who gets him a job as a bodyguard for a young girl called Pita (Dakota Fanning). She immediately takes a shine to him but Creasy wants to keep things purely business where he is only her bodyguard and not her friend. Over time the two begin to bond and he becomes a surrogate father figure to the girl. After a rather long (but strangely never dull) build up Pita gets kidnapped and Creasy vows to kill the people responsible.

At 2 and a half hours long Man on Fire takes its time getting to where it’s going but the slowburn first half provides us with some characterisation where we really believe the connection these two people have. Pita essentially teaches Creasy that life is worth living after a long time of self loathing and drinking. When the kidnappers take that away from him he is understandably pissed and takes out the trash in brutal fashion.

Man on Fire has so many great lines of dialogue like “Forgiveness is between them and God. It’s my job to arrange the meeting”, Creasy’s art is death. He’s about to paint his masterpiece” and my personal favourite “Okay, my friend. It’s off to the next life for you. I guarantee you, you won’t be lonely.” I think it might be one of the most quotable action movies of the 00’s.

Denzel is flawless in this movie making Creasy still sympathetic despite his past misdeeds; he is a force of nature who shows no mercy on the men responsible. Dakota Fanning makes Pita an appealing character and is never annoying unlike when he practically ruined Steven Spielberg’s War of the Worlds with her constant shrieking.

The only real issue I have with this movie is the overly stylistic flourishes with the flashy edits which do get migraine inducing after a while. The story and characters are strong enough that Scott didn’t need to rely on these visuals to keep things moving. This was near the time of Domino too which had the same style, so it was obviously a phase Tony was going through. It does however, give the movie a chaotic atmosphere keeping things tense and also (according to IMDB) representing Creasey’s mental and physical state.

The music works for every scene perfectly and Lisa Gerard was clearly still available after working on Gladiator with Tony’s brother Ridley so she provides some of her haunting vocals which gives the movie extra soul.

There is a fantastic supporting cast including Mickey Rourke (who apparently did not get along with Denzel during filming) Rachel Ticotin, Giancarlo Giannini, Marc Anthony and Radha Mitchell. She plays Pita’s mother and is also sympathetic as she goes through every mother’s worst nightmare; she connects with Creasy during his time with the family and wants him to kill every last one of the kidnappers.

Mitchell had three bodyguards protecting her, when she was in Mexico for filming stating they were hired, after her driver was carjacked at gunpoint in Mexico City.

When the action kicks in it’s gritty and disturbing with several scenes hard to watch especially when things get shaky. The explosions look great however, and it’s all visceral keeping you on the edge of your seat.

Overall, Man on Fire may be a little overlong but the performances are faultless with fantastic characterization. The flashing images and chaotic editing takes some getting used to but it all adds to the ambience of the movie creating a Hellish nightmare.