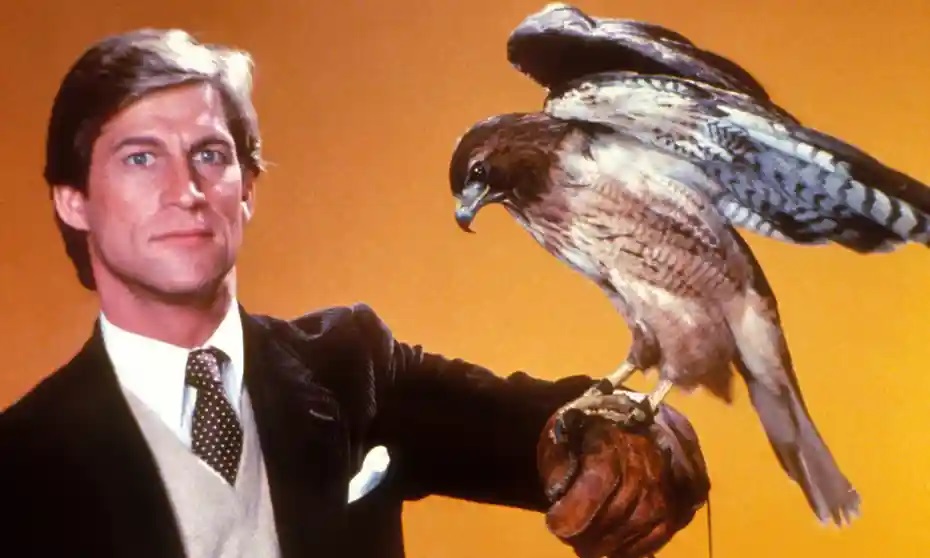 If you love ridiculous 80’s shows like me then Manimal will be right up your street as it has a likeable protagonist, a sense of fun and plenty of action scenes. Shout! Factory released a DVD of it a while back which is the best way to view the series.

Plot: Dr. Jonathan Chase, wealthy, young and handsome. A man with the brightest of futures, a man with the darkest of pasts. From Africa’s deepest recesses to the rarefied peaks of Tibet, heir to his father’s legacy and the world’s darkest mysteries. Jonathan Chase, master of the secrets that divide man from animal, animal from man. Partnered with a young police detective and a former army corporal from the fields of Vietnam. A trio that stands against the crime that breeds in the concrete jungles and stretches its deadly tentacles to the fascinating but dangerous world beyond, the world of MANIMAL!

Review: My Glen A. Larsen phase continues and today I’m looking back at the brief series Manimal which may be the most ridiculous (yet awesome) idea for television series ever.

Manimal stars the late Simon MacCorkindale (who sadly passed away in 2010 aged 58) as Jonathan Chase, a famed Professor of Criminology, with the inherited powers to transform himself into any animal he wishes, who uses that power to assist the New York Police Department in solving major crimes.

He is assisted by Brooke McKenzie (Melody Anderson), a detective with the NYPD, and Tyrone Earl, a former intelligence officer with whom he served in Vietnam.

Like The Highwayman there was a casting change after the pilot episode with Glynn Turman playing Earl in the pilot but getting replaced by Michael D. Roberts in the next 7 episodes. In an interview with Glen Larson on the Shout! Factory DVD he says how he thought Michael D. Roberts was better at playing the more comedic side of Earl as the character is essentially the voice of the audience.

I can only imagine the amount of drugs consumed when this was pitched – “What if we do a show about a guy who is like James Bond… except he changes into a horse?” “You son of a bitch, I’m in!”

Manimal only ran for 8 episodes and I’m not going to pretend this was “good”, but it’s the ultimate guilty pleasure series and Simon MacCorkindale could do the raised eyebrow with ease only matched only by Roger Moore. This was just such preposterous fun that it’s hard to dislike it especially when it was only 8 episodes long. It was a limited idea so there’s only so many times you can watch a guy transform into a bird, horse or panther before it gets old especially when the transformations take so long.

The effects use early morphing techniques (from Stan Winston no less) which obviously look dated and rather funny by today’s standards but that’s all part of the charm.

In the interview with Glen Larson he talks about why the show didn’t catch on stating that they launched the show the same night as Dallas during the ‘Who shot J.R.?” period which was hilariously bad timing. The fact Manimal is utter nonsense had nothing to do with it…

Melody Anderson may well be one of the first women I had a crush on back in the day and she was not only stunning but was such an appealing character who looked like she was trying to keep a straight face.

Guest stars would include Doug McClure (you may remember him from such shows as Automan), Robert Englund as a thug in the final episode, George Cheung, Lloyd Bochner, Ed Lauter, David Hess, Richard Lynch and Bond girl Ursula Andress as a villain.

The best episode is called Breath of the Dragon with George Cheung because he is a corrupt martial arts master (known as The Dragon) so we get multiple fight scenes giving us the most action-packed episode. We also get an epic training montage with Jonathan watching hours of animals fighting so he can become the ultimate warrior and defeat the Dragon.

There is some excellent stuntwork in Manimal and in the third episode Jonathan Chase is hanging on to the villain’s car as they drive away, and he gets thrown off into the grass. It was nicely done and we also get a few shoot-outs and explosions as well as Jonathan hanging off a plane so it isn’t short of spectacle.

The main theme is catchy like the majority of 80’s TV shows and sticks in your head for hours after watching. The music for the episodes was by Alan Silvestri who of course would go on to do movies like Predator and The Avengers.

I think I’ve been single handedly keeping Shout! Factory in business recently as I’ve been buying all their collections and they released all 8 episode of Manimal on DVD a few years back. It doesn’t have any subtitles sadly, but the episodes are entertaining enough if you love 80’s TV like I do. There is a glitch on episode 7 where 11 minutes into the show it starts again making it run longer than it’s supposed to; it’s a bit half assed that no one caught that but it’s not a big deal.

Overall, Manimal is one of the most high concept ideas for a TV show maybe ever but it’s got that 80’s feel to it that makes it easily watchable; the cast are game and all look like they are having a fun time which adds to the entertainment. It’s not short on action either with fights, chases and explosions. Larson also mentions that there are plans to make Manimal into a movie but so far nothing has come of it.