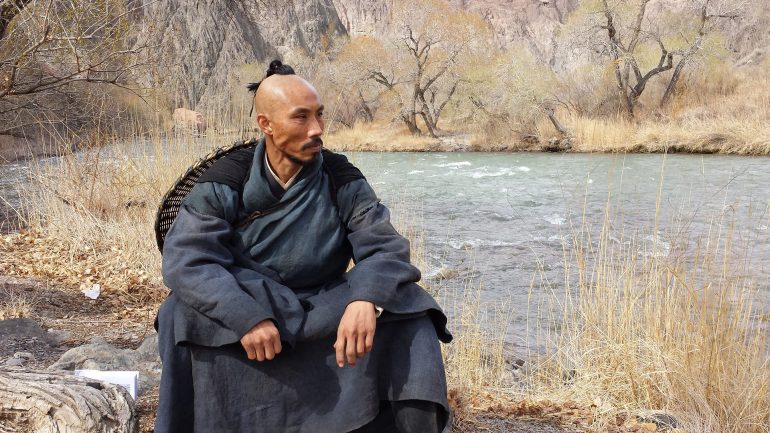 If you’re a fan of the Marco Polo series then check out this entertaining spin-off which will keep you going until season 2 comes out this summer.

Plot: How did Hundred Eyes come to pledge his service to Kublai Khan? “Marco Polo: One Hundred Eyes” tells the warrior monk’s side of the story.

Review: The Netflix series Marco Polo is one of the best shows around right now; beautifully shot, well acted and with a few bursts of kung fu violence thrown in for good measure. One of the stand out characters on the show is the mysterious monk known as Hundred Eyes played by Tom Wu. He is an immediately appealing character who is sympathetic and yet totally badass; even without the use of his eyes he can handle himself in a fight. This 28 minute spin-off is a prequel introduction to the character and how he gained his tragic name.

Although it is a little short, One Hundred Eyes is engaging and really whets the appetite for the highly anticipated second season of Marco Polo. This show wisely includes Benedict Wong as Kublai Khan who is one of the most likeable Mongol rulers you’ll ever see. He is a man of honour and even in the Marco Polo series I was always totally on his side. Sure, he is brutal but he is not without mercy and I would support him all the way.

We get a brief glimpse of a character played by Michelle Yeoh, who saves Hundred Eyes during an attack on his temple and she will likely have a larger role in season 2.

There are only a few moments of martial arts in this but it is wonderfully choreographed and the visual style looks as sumptuous as Marco Polo.

The acting and script were always first rate and this is no different; we are always on the side of Hundred Eyes and his defiance towards Khan is admirable… if misguided as we know it won’t end well.

I personally would have preferred an entire season dedicated to this character and I hope the makers of the series give us more in the future as it’s a world that is never less than fascinating.

Overall, If you’re a fan of the Marco Polo series then check out this entertaining spin-off which will keep you going until season 2 comes out this summer.