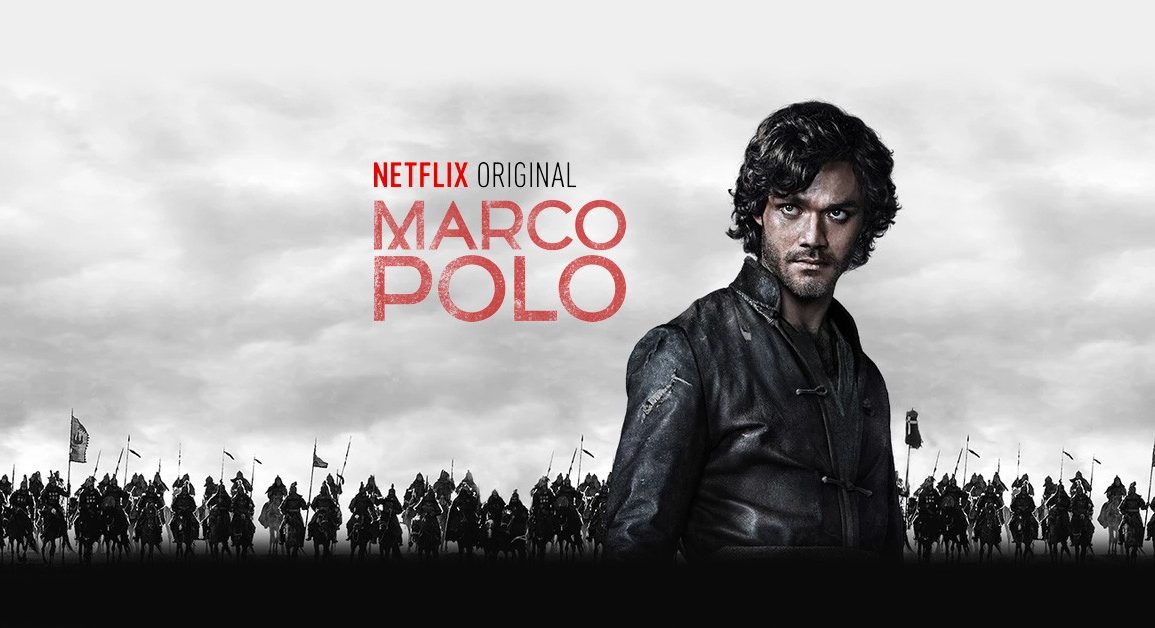 Marco Polo won’t be for everyone as it is a little slow but the acting, attention to period detail and sense of grandeur really make it essential to watch on as big a TV as possible. Bring on Season 2!

Plot: In a world replete with greed, betrayal, sexual intrigue and rivalry, “Marco Polo” is based on the famed explorer’s adventures in Kublai Khan’s court in 13th century China.

Review: I’d seen a few clips from this Netflix show and thought it looked intriguing, then  one of my friends said I should check it out because it had kung fu and that was me sold.

Marco Polo is much better than critics have been saying; yes it can be incredibly slow with far too many talky scenes, but it has some of the best cinematography I’ve ever seen in a TV series. The attention to period detail, costumes and set designs are exquisite and the fact that we have some martial arts, nudity and gratuitous sex makes it a must watch.

Despite the show being called Marco Polo, he is more of an observer for the first half of this season with Kublai Khan (Benedict Wong) really taking centre stage. He completely steals the show and is portrayed as a surprisingly reasonable man who values loyalty. He is still very much a barbarian though with certain scenes reminding you that Khan was not someone to trifle with.

Both Kublai Khan and Marco Polo are not people we often see portrayed in Western films or TV shows so this show was a welcome breath of fresh air.

Although the series takes a while to find its feet, it’s hard not to get involved with the characters like Hundred Eyes (Tom Wu), the sensei who trains Marco in the ways of kung fu and horse riding. He’s probably my favourite character as he is unwaveringly cool but also a complete badass. He is blind but can still defeat pretty much any opponent. He has his moment to shine in the final episode of the season where he has a stunningly choreographed fight scene with Jia Sidao (Chin Han).

Jia Sidao is played with such relish by Chin Han; a man who is ruthless and ambitious and has no problem removing anyone in his way. He is always so calm and by the end of the series you will be counting down until he gets what’s coming to him.

But what of Marco Polo himself? Well Lorenzo Richelmy is fine in the role and I like that a genuine Italian played the character; it made him feel far more authentic. He was a little bland at first and like I said he really just watches from the sidelines for a lot of the time but as the show progresses, he has more to do and becomes integral to the climactic battle.

Speaking of battles, one thing which frustrated me was throughout the series we keep having everyone discuss war strategy and walking into battle but then not actually seeing the battles… until the final episode which has catapults, swords, bows and arrows and kung fu! It’s jaw dropping stuff and worth the wait.

There are political machinations and twists where you aren’t sure who can be trusted; all of the cast are at the top of the game and although slow in parts I just allowed myself to be swept up with it.

The show is shot in some fantastic locations like Malaysia, Venice and Kazakhstan; we get sweeping vistas, beautiful mountains and a genuinely epic scale.

The music score only adds to it and as soon as the opening theme beings you are instantly transported away.

The best thing about it? No ads! This is why Netflix is the future of television…

Overall, Marco Polo won’t be for everyone as it is a little slow but the acting, attention to period detail and sense of grandeur really make it essential to watch on as big a TV as possible. Bring on Season 2!