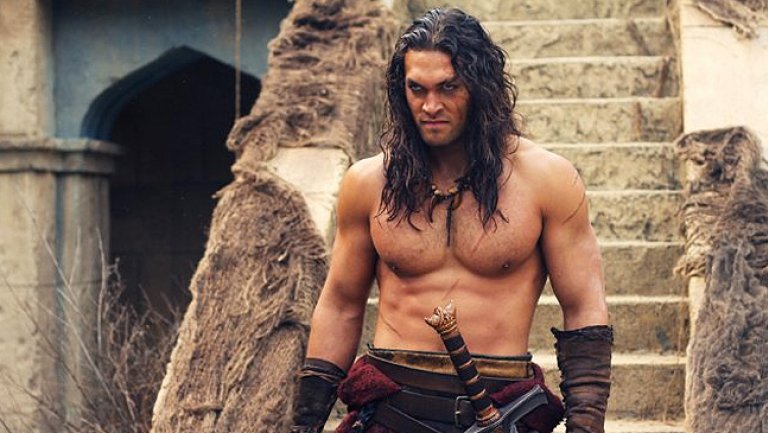 Director Marcus Nispel took to his Facebook page last night and discussed his struggle of casting Jason Momoa as Conan the Barbarian; the story of how he came on board is a fun one so enjoy.

Thanks to Mr. Nispel for allowing me to post on the site.

We arrived in LA, just in time for the grand opening of Aquaman.
It is safe to say that ‘tis the season, that Aquaman is bigger than Santa Claus. Not just judging by the size of those Billboards and the media blitz, but Jason Momoas proud 6’5”.
He also happens to sport his proud beard again, but that’s where the comparisons stop.
The casting agent, Kerry Barden, left no stone unturned, in the relentless effort to replace the ostensibly greatest, if not biggest, action hero of all times…a tall order, to say the least.
We looked in every country of this world, searched amongst well lubed wrestlers and bronzed body builders, who could not act, as well as actors who did not have the demi-god physique.
Nobody had the most important ingredient though, as far as I was concerned.
The macho magnetism, the sense of rugged charm, that you see in actors like Sean Connery.
At least, we found our guy, an avid surfer, in Topanga Canyon of all places…approximately ten minutes from where I live.
I proposed, the then little known Momoa, to the producers of Conan. Getting him approved, like anything else on that production, proved to be an uphill battle.
Around that time, the movie Twilight was big at the box office, and they kept urging me to consider anyone from that lineup…to slip into Arnold Schwartzenegger’s sandals?…no $&@ way!!!
I pulled a lot of favors and self financed a screen test, where the always inspired Momoa performed his native Hakka, and after swinging the sword from some rental company, for a couple of times over his head, he violently into those potted plants, that where our set…so, no plant returns there.
Between commercials, I edited the slow motion, testosterone heavy footage, to The instrumental karaoke track of Led Zeppelin’s cashmere…giving it that extra boost.
Instead of being impressed out of their minds, the producers lamented that Jason had a beard. They could not imagine him without beard and they could not picture their Conan with one either.
I was left, with the unthankful task of asking him, if he would shave for another test, but he refused to do so without a deal.
I agreed.
The studio kept pushing for one of these Twilight kids and asked me to make it work.
The guy sort of knew, that this would never happen for him…I have never seen him in anything, and reportedly he had only a minor part in the thin vampire flick, but that was good enough, as far as the financiers where concerned.
He was nice enough, and told me that he was mostly sitting around, during the production of twilight, with not much to do. So out of boredom, he did pushups…he even flexed for me.
begrudgingly I prepped for another test…this time, on the producers dime.
He looked so weak, my special effects makeup experts had to build a rubber muscle suit for the pour guy.
The muscles looked real…but his actual head, on top of this mountain of silicone, looked like a sad pin head.
Thats how you make things go away in this town, you simply give them what they ask for, so they can see how ridiculous it really is.
When I brought Jason back up again, they criticized how he, or so they presumed, altered his voice to be so low…I had to explain, that this is how he always talks.
Another exec asked for blue contact lenses.
It was obvious to me, that they collectively felt like taming the whole concept of a Barbarian…they wanted a clean shaven, salon Barbarian, ideally white, someone that won’t scare the ladies.
At that low point of my desperate campaign, I suggested to bring Jason in person…as a last ditch effort, so to speak.
Again I mentioned to him, that they felt, that his facial hair made him look like a pirate,(as it happens, another part we where casting for, at the time)…I never forgot what he said:
“Why don’t you cast me to play the part of the pirate and when I stand next to their Conan, I make him look like the $&@ weakling that he is.”
I don’t think he really cared if he would get this part or not…and that was exactly the” I don’t give a damn!” attitude that I was looking for

When Jason finally paraded through those corridors of Lions Gates cubicles, he turned every head of every female office worker present.
He walked away with the Job.

I don’t have much to claim, when it comes to Hollywood accomplishments, there
will always have one thing:
I am responsible for Jason’s muscles.
I am the one who made him lift for months, eat boiled chicken and peanut butter!
No Steroids,kids!…that’s right.
Soon after principal photography, he scored another “He Man” part on “Game of Thrones”… Much more like the raw, barbaric Conan that Jason and me initially where hoping to create.
In spite of continued compromise, when Conan premiered, Jason shot to number one on the IMDB charts and it was clear to everyone, at that point, that he was destined for Hollywood fame.

It has been great to return to LA, surrounded by all these larger than life Billboards of Jason Momoa, (WITH MY MUSCLES!)…validated at last with an SNL gig, action figures, and a Wax replica at Madame Tussaud’s.I could not be more proud of him.

An interesting side note:
When asked about the stellar success of Aquaman, the marketing exec at Warner’s credited their viral digital campaign that encouraged moms to bring their kids and get a good eyeful of the Super Hero.
The gif was:
“I’ll take you to see Aquaman!” @MomMomoa… I kid you not.