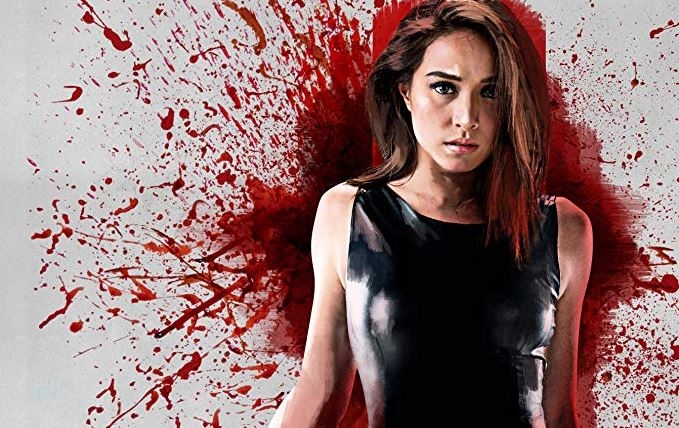 Maria delivers the action goods with Christina Reyes proving a new name in action cinema; it’s very much open for a sequel so hopefully it gets thew greenlight with a bigger budget and even higher bodycount.

Plot: When a former BlackRose cartel assassin deliberately betrays them by refusing to complete her mission, the cartel orders her execution. Unbeknownst to them, she fakes her own death and is able to create a new life of her own. When the cartel discovers she is alive, the hunter becomes the hunted as she fights to get revenge on those who took her new life away from her.

Review: Christina Reyes has been working in movies and television since 2004 but her latest feature entitled Maria will hopefully put her on the global map of rising female action stars as she is clearly an incredible talent.

Maria may not be as intense or violent as say The Night Comes for Us or The Raid movies but director Pedring Lopez gives the film a nice visual style with smooth camera work so we can see all the action which is never in short supply.

As with most action movies it’s the final half hour which is the real highlight as Maria/Lily turns into a one woman army for a showdown at the docks in true classic action movie style. It doesn’t take long for the bodycount to rise with Christina Reyes demonstrating a real talent for kicking ass and the fact that she is absolutely gorgeous doesn’t hurt either. She has a kind face so when she is with her family she looks genuinely at peace but when they are taken from her she transforms into an angel of death.

Kaleb (Germaine De Leon) is a hateful enough villain but he is also a former flame of Lily’s and wants revenge on her for betraying him. He is constantly being questioned by his brother Victor who wants to take charge so there is this constant conflict going on between the two siblings.

It is influenced by John Wick in terms of style at times and even has a fight scene in a nightclub but if you’re going to be influenced by something it might as well be one of the most stylish action series in recent memory.

The constant switching between English and Filipino dialects got a little distracting at times but it wasn’t a massive problem as there were subtitles throughout. It’s also a pretty straightforward revenge tale so we’ve seen it before but as someone once said every story has already been told but not by you.

What Maria does is showcase Christina Reyes as the new female badass on the block and I look forward to seeing what comes next. There are some unresolved issues by the time the end credits role so I think we’ll just have to have Maria 2 in the near future.

Overall, Maria may have a lower budget but it’s big on ambition and shows that Philippines action cinema is really starting to take off. Christina Reyes is sympathetic as our lead and there is enough action to keep fans happy. It hits Netflix later this month so I recommend checking it out if you want to see the real deal in action.