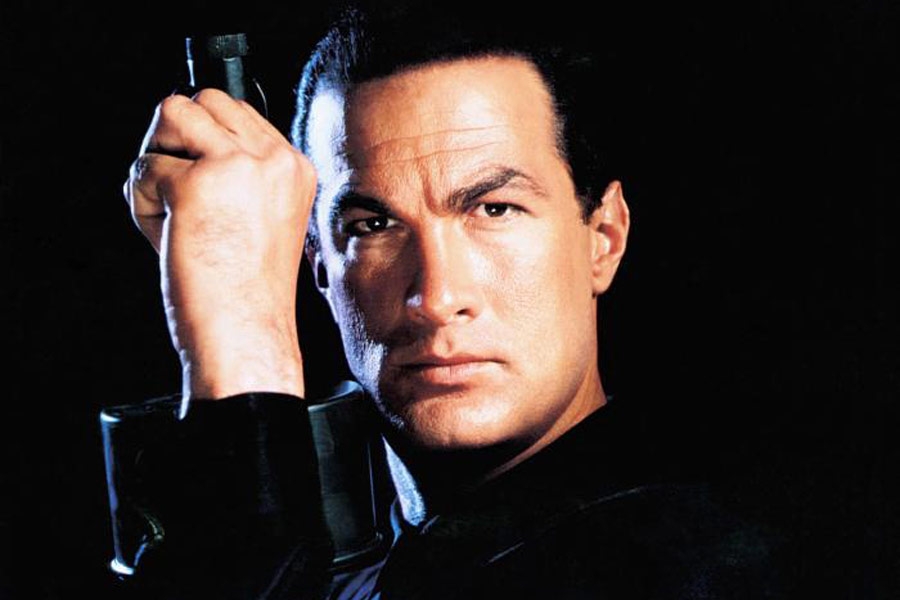 Plot: Chicago DEA agent John Hatcher has just returned from Colombia, where his partner was killed in the line of duty by a drug dealer who has since been taken down. As a result of his partner’s death, John has decided to retire, but his retirement may not be permanent.

Today marks the 30th anniversary of Marked for Death and to this day it remains one of Steven Seagal’s best films with some awesome action scenes and one of the best adversaries Seagal has ever come up against in Screwface played by Basil Wallace.

Screwface is the head of a Jamaican Posse who isn’t afraid of using Voodoo Black Magic to scare the living daylights out his victims. Sadly for him he doesn’t scare John Hatcher (Seagal) who is quite happy to throwdown with any minions Screwface sends his way.

One of the interesting things about Seagal’s character Hatcher is the fact that he’s a bit of a bullying asshole; his partner in the opening scenes gets pushed about and slapped several times and you’re wondering why Hatcher is hitting someone who is meant to be his friend.

I’ve always loved how when he returns home to his family, it’s like the resurrection of Christ; the family are so happy that Hatcher is back home to settle down to an easier life. It only takes 3 minutes before he interferes on a Posse hit and ends up getting marked for death… thus the name.

The awesome Keith David shows up as Hatcher’s old friend who tries to get him to help him take out the posse; he eventually agrees after most of his family have been attacked and all Hell breaks loose.

There are some fun one-liners with the highlight being “I hope they aren’t triplets” but I still think “God made men” doesn’t make a lot of sense.

This was during that brief period in the 90’s where Jamaican Posses were portrayed as villains in several movies including Predator 2. It would be fun if this movie was set in that world and we got to see Seagal slapping the Predator around.

There are so many awesome action scenes that it’s hard to pick a favourite but the fight in the shop with Hatcher beating up the Posse was incredibly satisfying and it’s up there with “Anybody Seen Ritchie?” from Out for Justice in terms if Seagal’s badass moments. I miss that Seagal…

After 30 years Marked for Death is still one of Steven Seagal’s best movies with awesome villains, hard R action and an engaging story making this a bit of a classic.