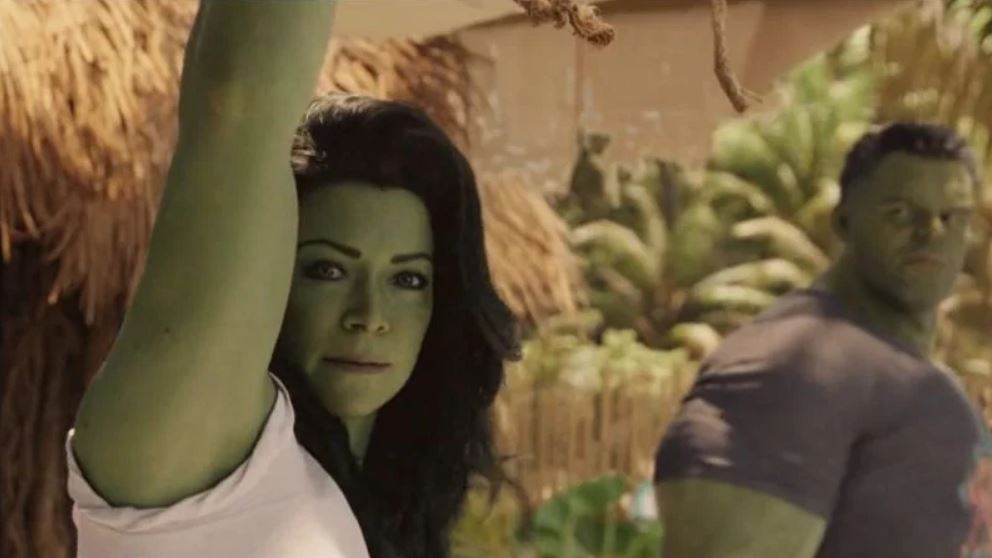 What to Expect From Marvel’s She-Hulk Attorney at Law

After years of development, She-Hulk: Attorney at Law is finally here. With a 9-episode season that rivals the very successful WandaVision show, this show might give us some of the best action sequences we have seen in the recent past in the Marvel cinematic universe. This will be complemented by the signature comedy bits the studio is famous for.

With a strong cast, what looks like a talented team of writers, and many hints at multiple cameos, it seems like this show is destined to become an instant classic. It’s no wonder Marvel chose it as their first live-action streaming series. So, what exactly can we expect from She-Hulk? Let’s take a look at some of its most important elements and break them down. In the meanwhile, you can hulk out at the nation’s leading casino, visit the https://icecasino.com/en and maybe smash some things for yourself!

She-Hulk is a lawyer, a superhero, and a member of the Avengers. As you may have guessed from that last sentence, she’s also a member of the Defenders (and has been for over a couple of decades). She also played a major role in Marvel’s Secret Wars storyline—you know, where all those alternate universes collided into one? Yeah, that happened. And since Secret Wars will be the next major MCU event, it looks like She-Hulk fits right in!

A lot of comic lore fans do not like it when their favourite characters are retconned or changed while they are adapted to the big screen. So far, she’s a lawyer, just like in the comics, is shy and mild-mannered, eventually embraces her sexuality and newfound womanhood, has a good relationship with her cousin Bruce Banner, and is working at making laws for superheroes.

Looks like there will be a lot of nods to the source material and lots of hidden easter eggs for comic lovers in the show!

She-Hulk Is Canon to the Main Marvel Cinematic Universe

Unlike shows like Loki, this one is sticking to the main 616 universe that had the Infinity war and Endgame events happen. Mark Ruffalo’s Bruce Banner’s appearance on the show is a testament to that. It is also indicative of She-Hulk quickly ascending to the big leagues, unlike Daredevil, which took four years to interact with Spider-Man.

The fact that she’s from another dimension doesn’t seem to be important for this show, so it’s likely that we won’t see any crossovers with other shows anytime soon—unless all of them happen in their respective dimensions, which would be pretty awesome!

She-Hulk is not just an action show—it is a light-hearted legal drama. As we mentioned earlier, She-Hulk is an attorney who will run her own law firm in the future. The series will follow Jennifer Walters as she takes on cases involving superheroes and supervillains, as well as regular people with ordinary problems.

If you take fan theories seriously, there are talks that she’ll defend Matt Murdock (that’s Daredevil) and his fellow heroes from The Defenders against wrongful lawsuits filed by the New York City government in one episode; another will see her help establish new laws to protect superheroes after they successfully save a city from destruction by fighting off Thanos’ forces in Avengers: Endgame.

Whatever may end up happening, one thing is sure—unlike other superhero shows that have come before it, Marvel’s She-Hulk: Attorney at Law won’t shy away from tackling real issues facing our society today—and that makes it all the more exciting!

The Hulk and Abomination Will Be Crucial Parts of the Show

Shang Chi has already shown us that Abomination is not a pure villain anymore. And he is appearing on this show. Additionally, Bruce Banner will be teaching She-Hulk how to use her powers. Is there a potential power trio brewing?

We wouldn’t be surprised if there was one. These characters won’t just give short cameos—they will be big influences on her character arc.

We Can Expect a Lot of Marvel Cameos in the Show

Apart from Abomination and Bruce Banner, Wong and Matt Murdock are also pretty much confirmed to be on the show. It is also rumoured that the Fantastic Four might make their 616 MCU debut in this show. All in all, because of her law practice being centered around superpowered beings and their laws, She-Hulk looks like it will be a cameo-heavy project.

These are just a few of the things we can expect from She-Hulk: Attorney at Law. The show is definitely going to be action-packed, and it will also be funny! We can’t wait to see what kind of crazy adventures Jennifer Walters gets herself into—and what future plans the MCU has for this powerhouse of a character. Let’s play at https://icecasino.com/en/online-slots while we wait for the series to drop.

In Marvel films, lawyers have played a variety of roles. Some examples include: