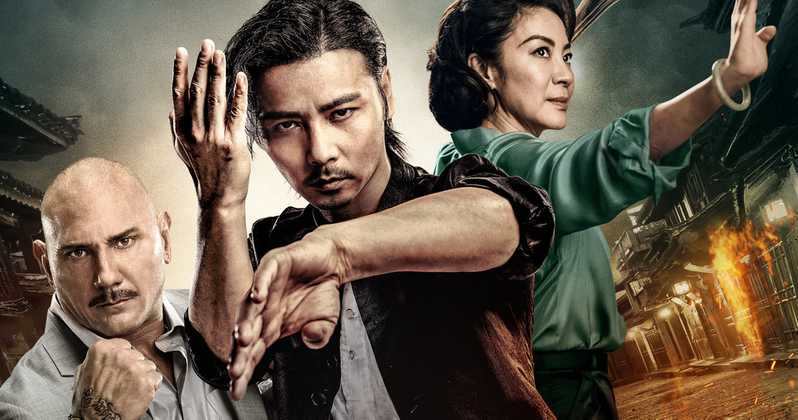 Master Z: Ip Man Legacy is action-packed with a star making turn from Max Zhang; it’s only let down by wasting Tony Jaa and an over use of wirework.

Review: It feels like forever since this film was announced and we got the first teasers last year but Master Z: Ip Man Legacy is finally here and I’m pleased to say that it is a worthy spin-off in the Ip Man series.

I do love the Ip Man movies and I wondered how this entry would work without the main star Donnie Yen but Max Zhang is a charismatic lead who has his own impressive set of martial arts skills to bring to the table. He was one of the best elements of Ip Man 3 so having an entry without Yen stealing the limelight gives Zhang a chance to shine and that’s exactly what he does.

After his humiliating defeat at the hands of master Yip (Yen) in the third movie Cheung Tin-chi has turned his back on the world of martial arts and has opened a small grocery store where he can raise his son in peace. Fate of course has other plans and the world of fighting refuses to remain in the past and he is forced to battle a local gangster and other various criminals in his neighbourhood.

Michelle Yeoh has a sizable role as one of the local gang leaders who wants to become legitimate but her brother Tso Sai Kit (Kevin Cheng) is sick of living in her shadow and decides to deal drugs which sets off a chain of events which will culminate in a lot of fighting.

Kit is one of the meanest villains of the series and his first scene has him beating up a woman who is high on opium but doesn’t have the money to pay him for it; it’s a disturbing scene and immediately had you hating him every second he was on screen.

Then we have Dave Bautista who eats up the screen with his presence and despite being one of the few native English speakers in the movie he gives a great performance and his fight with Tin-chi delivers the goods.

Master Z feels very much like it takes place in the world of Ip Man so it is like a natural extension of the mythos rather than a cynical cash grab. It even uses the Ip Man theme tune in the opening credits so it’s immediately familiar; the score in general is impressive with some epic choirs during the fight scenes which makes them feel so much larger in scale.

There is no shortage of action with fight scenes regularly occurring and it is surprisingly violent for its PG-13 rating. As with the other movies in the series the biggest flaw is the over use of wirework which takes away from several fights especially with Tony Jaa who is criminally wasted in a small role where he has 3 scenes, no dialogue and has no real reason for being there aside from fan service.

I also found the Bar Street scenes looked obviously like a set and never really convinced as a real location making it feel more like a stage show rather than a cinematic feature. It is still incredibly slick and stylish and the action is clearly shot so you see everything that is going on.

Overall, despite the wirework and Tony Jaa being underused Master Zi is a hugely entertaining addition to the Ip Man series and a worthy successor with no shortage of action and a sympathetic but badass hero in Cheung Tin-chi.