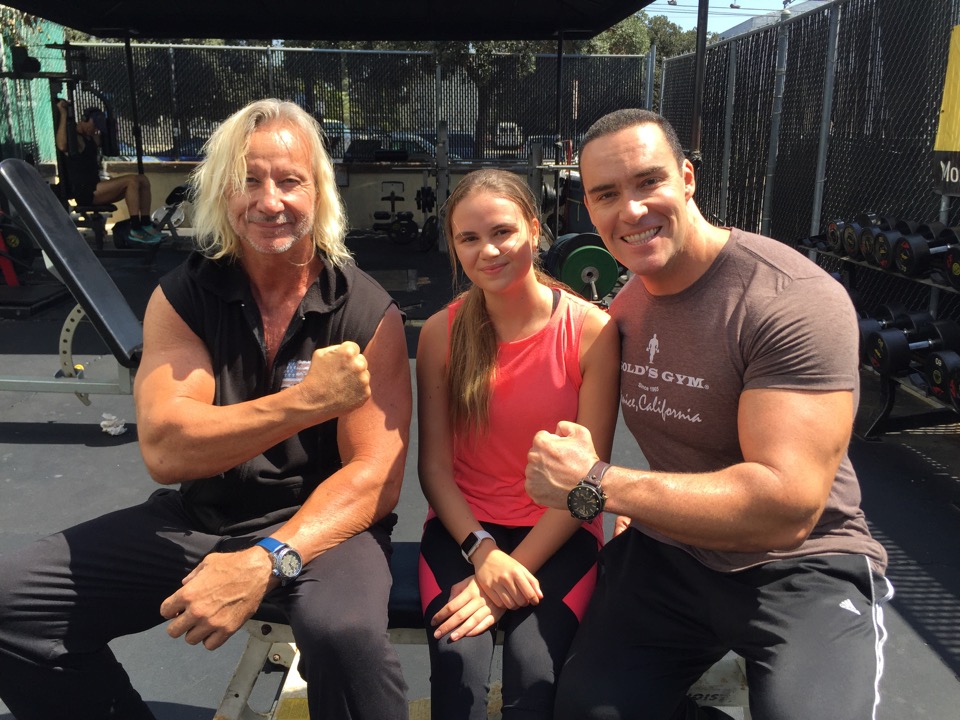 Legend of Action Matthias Hues needs no introduction and has made a name for himself as one of the hardest working actors in the business.
He has a role in Alexander Nevsky’s latest movie Black Rose and chats with us about his involvement.
Although you only have a small role in Black Rose, what was it that made you want to sign on?
Yes, good question. I had met Alexander Nevsky a few years back and being both big and also very driven action guys we instantly hit it off as friends. I saw in him a very good competitive guy who was a perfect match to hit the weights hard in the gym and to push one another. Usually we have a great breakfast afterwards and then smoke some cigars in Beverly Hill in the Grand Havana Cigar club.
It was there where we usually brain storm, talk movie ideas and run into likes like Arnold Schwarzenegger, Ralf Moeller and other screen heroes and our friends.
Being surrounded by all  of them and Alexander pushing his weight deeper into it I suggested that it be a great idea for him to open up his new movie Black Rose with a rather strong opponent and opening so he would right of the start establish himself as someone who can take charge and no prisoners. And as we all know it is more exciting if you have a real hard nut to crack, and the nut was me. Ha ha !
What was the toughest part of working on the film?
Nothing really, the crew was amazing, Alexander is so great to work with, always a joker and hits his marks with no problem. The experience was a blast and I truly enjoyed working in Moscow for the first time and it was a win, win on all levels.
What did you take away from it?
I walked away with life long friends that I made on the set. I have been back to Russia so many times now. Just last year we shot another amazing action film Maximum Impact from which you most likely  will hear more about soon from Alexander himself. I also would love when time is right to talk more about that as well.
When we promoted Black Rose in Russia I had the pleasure to see so much of the country and their wonderful people and we all walked away with the feeling we made a lot of new fans and were confident to continue with it in the states as well.
What would you like audiences to get from Black Rose?
It’s a movie which has an amazing cast, all A listers you seen for many years. So it is an assemble piece in a way, great scenes of their work and their craft. It’s like a thriller also, so you will have a chance to ponder who’s done it. If you liked Read Heat you know what to expect genre wise.
Alexander Nevsky not only acted but also directed Black Rose; how would you describe his directorial style?
He was very relaxed and at home on the set. Nothing can upset this man. He is like a rock in a storm and you want to just camp in it to be safe. I truly enjoyed working with him.
Any plans to direct yourself at some stage?
Not at this time. I am full time busy to perform. I am very inspired by Sly Stallone and Arnold how till late in life they keep to pushing the envelope in action and shape and appearance. I dedicate my entire life to give anyone a run for their money when it comes to body, action and commitment to the roles coming up and to follow theses screen heroes. This keeps me so busy for now and I embrace it.
You’ve also worked together again on Showdown in Manila and Maximum Impact; what can you tell us about them?
Both movies are highly driven genre films. Showdown in Manila a homage to the martial action flicks of the 90’s with a cast attached everyone will recognize from this area. Also first time directing debut by screen martial legend Mark Dacascos.
Maximum Impact written by Ross LaManna who wrote Rush Hour and directed by Hollywood Legend Andrzej Bartkowiak from Cradle 2 the Grave and Doom.
Both movies completely different  from each other but both satisfying your thirst for action and action comedy.
Any word on when we’ll see Beyond the Game?
That is a really good question, I am curious myself. I really wanted to see it myself. I hope we all know more soon about it.
You have several other projects in development; what can you tell us about them? I’m especially looking forward to the new Puppet Master movie…
Oh cool, yes you will have something to look forward to. For one the producers are top notch, Dallas Sonnier from Kurt Russel’s Tomahawk and Lorenzo Di Bonaventura the producer of the Transformer movies. You know with them spearheading it  one will not see anything but great stuff. I am super intrigued myself. Being on the set watching it was a privilege and suspense. The location was a hunted or supposedly something happened just some years prior ( a religious girls orphanage or something)  which made all of us not wanting to venture to deep into the basement or in the top floor of the building.  If that wasn’t enough, wherever you looked you saw a hotel room with blood splatters, burned bodies, body parts and other gruesome film props laying around. And then of course and I am now convinced theses puppets are really alive and out to get you….. 🙂