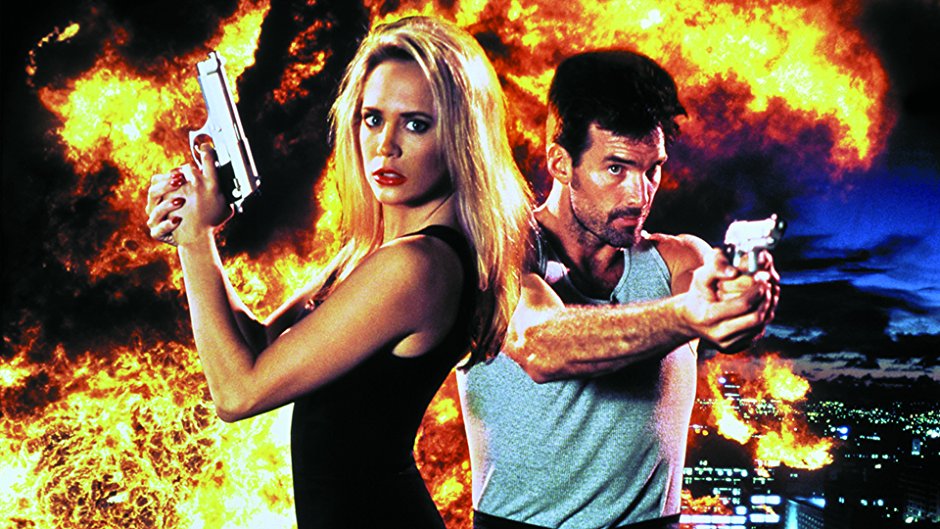 I wasn’t a fan of Maximum Force; there are worse movies out there but this was quite dull with a story that failed to engage and no truly memorable action scenes. I’d give it a miss.

Plot: Three renegade cops team up to take on the corrupt chief of police and a crime lords hatchet-man.

Review: Ah PM Entertainment, there’s a name I miss seeing at the start of my action movies. You knew exactly what you were going to get; low budget and mostly quite awesome action movie thrills. Sadly Maximum Force is one of their weaker movies with several scenes that go on for far too long; namely a (kind of) training montage and a love scene which practically kills the pace.

The story isn’t anything we haven’t seen a billion times before but normally I don’t mind some familiarity as long as the action is good.

The problem is in Maximum Force it isn’t all that great; the only scene that’s particularly memorable in this movie features several remote control police vehicles blowing up a warehouse full of goons which was funny and entertaining. Aside from that though there isn’t much else that’s worth mentioning. I do like seeing Sam Jones (Flash Gordon) playing a badass and in this movie he is a dead ringer for Dolph Lundgren’s Punisher.

You’ve also got a great supporting cast that includes Richard Lynch as the main villain Tanabe, John Saxon as the hero mentor and bizarrely enough Mickey Rooney as the corrupt Chief of Police. They all do their best with what they are given and there are a few B movie thrills but I struggled to stay engaged during the movie. It was only 90 minutes but it felt far longer and was actually pretty boring.

Director Joseph Merhi was no stranger to action flicks and he’s made his fair share of awesome ones like Jeff Wincott’s Last Man Standing, Rage, Executive Target and many more but this is definitely a disappointment.

There are certain things which you just couldn’t get away with in today’s movies, for example the way our group of “hero” cops treat informants like dragging them around town from a van while being chased by other police cars and having zero consequences is particularly hard to swallow, but hey it’s action movie logic and probably not worth over thinking about.

Overall, I wasn’t a fan of Maximum Force; there are worse movies out there but this was quite dull with a story that failed to engage and no truly memorable action scenes. I’d give it a miss.