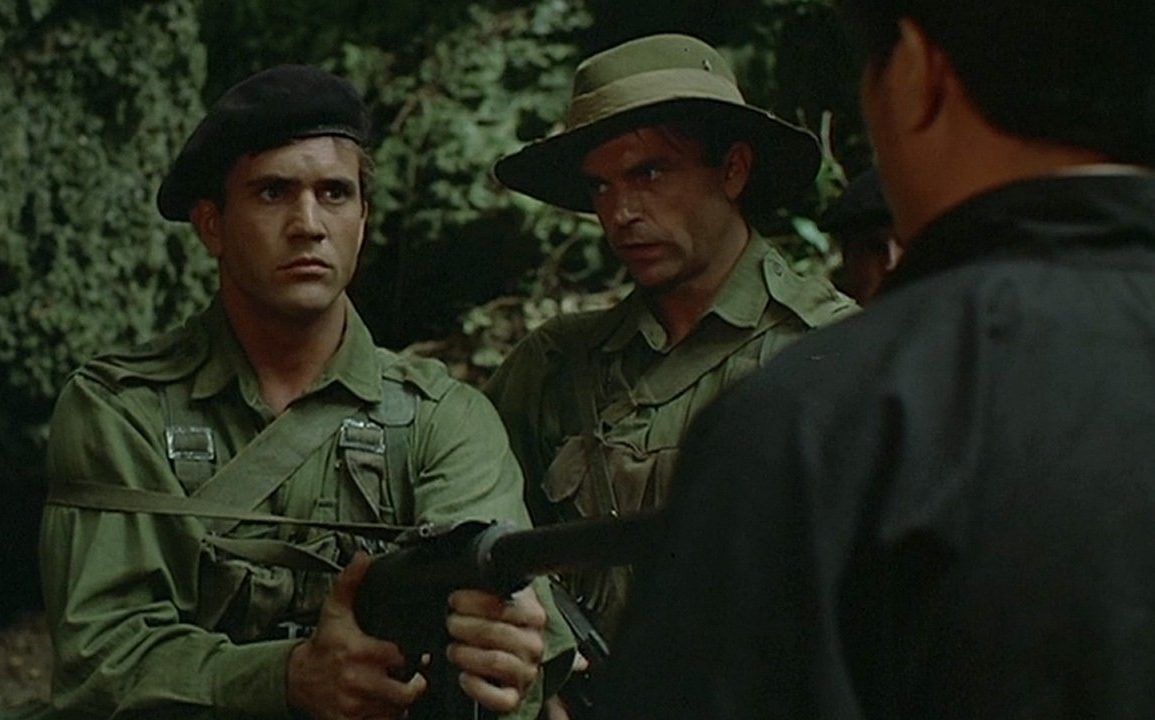 Mel Gibson and Sam Neill star in this early 80’s men on a mission movie. I hadn’t seen it before but watched it on something called Tubi (Tubby?). I was really enjoying it for the most part however, there were a lot of scenes featuring people communicating in Chinese and Japanese but there were no subtitles; are there subtitles in other versions? I feel like it’s kind of a big deal as I essentially had no bloody clue what was going on at some points.

I could still get the gist of what was happening and at 90 minutes long the film moves at a fast pace although it does drag a little in the mid-section as a romance develops between a soldier and a Chinese girl. Boring! Start shooting things!

Anyway, what’s interesting is that our protagonists aren’t really portrayed as heroes but ruthless soldiers who even kill their own men when injured. This makes it feel more authentic and it’s even stated in the opening prologue that “the events depicted in this film are an honest and unflinching account of the type of operation carried out by our unit during the war.” John R. Gardner, President Z Special Force Association of New South Wales.

Sam Neill has barely aged since this film which confirms my theories that he might be a vampire. I do love watching him on screen and he remains one of my favourite actors. Mel Gibson still had his Australian accent at the time and is essentially the lead and his character Captain P.G. (Paul) Kelly is no nonsense but still sympathetic.

The performances in general are strong and there are several moments of nail biting tension; the poor girl getting her hand put in a frying pan as torture was a tough watch but it all builds up to the blood-soaked finale where very few will be left alive. The Japanese weren’t portrayed as one-note villains with the leader considering himself a fair man who doesn’t enjoy torturing people but will do what is necessary so both sides are equally as bad.

The music score was quite lame and felt liked it belonged in another movie but I guess it made it feel like an old-school men on a mission movie like Where Eagles Dare, etc.

It has a pretty high bodycount too and doesn’t go long without a set-piece so if you haven’t seen it I’d check it out.