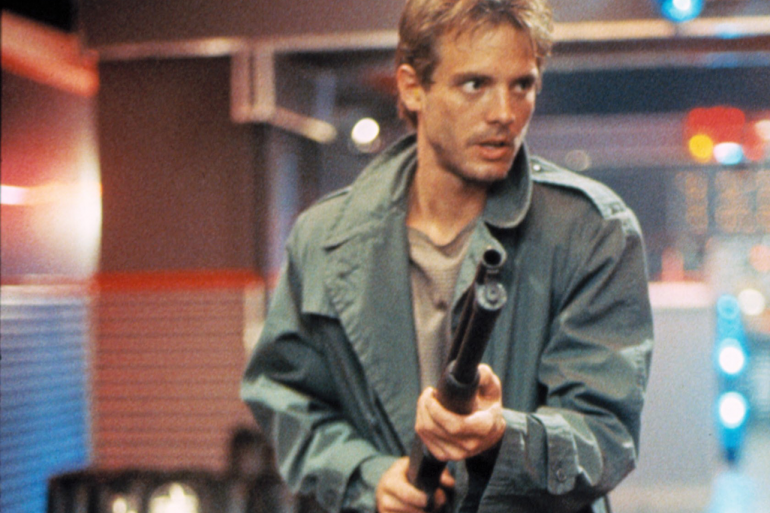 We recently got to chat with legendary actor, writer and director Michael Biehn. Star of The Victim, Treachery, The Divide, Aliens, Tombstone, The Terminator, Cherry Falls, The Abyss, The Rock and many more.

Thanks so much for taking time out to chat with us.

Eoin: I’d like to start by talking about your acting process; would you consider yourself a method actor who stays in character until the film wraps or can you switch off at the end of the day?

Michael: No I don’t consider myself a method actor.

Eoin: Whenever you receive a script, what is it that needs to jump off the page for it to appeal to you?

Michael: Story is the most important thing a good story and a well written story also the character needs to interest me or hit me or make me think.

Eoin: Treachery is a dark looking thriller and your character Henry has some interesting controversy with his son Nathan. What was it that drew you to the character of Henry and the story?

Michael: Well it’s a drama so it’s a different style and genre for our company and the character of Henry is a complicated guy that Travis Romero created. He is a womanizer and drinker and control freak.

Eoin: You’ve got a remake of the controversial Hidden in the Woods also in the works. The original was really hardcore and disturbing; what can we expect from this version?

Michael: The remake will still have the essence of the original I hope that is why Patricio will direct again. However it will be a bit more mainstream. A bit and also please understand while it’s a movie there is a message there. This stuff goes on all over the world and Jennifer is adamant that we get this message across and also donate some proceeds to these women’s abuse charities… and I agree.

Eoin: It’s also starring “The Rock” co-star William Forsythe; have you guys been wanting to work together again for a while?

Michael: Jennifer Blanc Biehn and I as well as Patricio have really wanted William for this role since the beginning of all of this and yes he is our friend and would love to work with him more…. William is a great actor.

Eoin: You recently starred in the post apocalyptic movie The Divide. It paints a bleak picture of humanity, which I frankly think is pretty true. Do you think if something similar happened in reality that this is how people would react?

Michael: The Divide is like another version of Lord of the Flies and survival and insanity and yes I think this is very possible if the world was ending.

Eoin: The Abyss is one of my favourite films and has this feeling of claustrophobia throughout. What kind of preparation did you have to do for the role of Coffey?

Michael: Well there was diving involved and getting acclimated.

Eoin: The classic western Tombstone has one of the best ensemble casts of all time. What was it like to work on a Western and is there a particular genre that you’d still like to work on?

Michael: Yes I love westerns. Not riding horses so much. But love westerns and I am very proud to be in Tombstone. I really think it turned out to be a great film. Val and I would rehearse that last scene just ourselves for like 8 hours the day before we actually filmed it.
Eoin: Do people ever come up to you and say “I’m your Huckleberry”?

Eoin: I’d like to finish with a rather random question. So many action movies today are very dark in tone and a lot lack the sense of “fun” that movies had in the 80’s and 90’s. Do you agree that there’s a change in the tone of more recent action movies and do you think the sense of fun will return?

Michael: I am not sure so much about a lack of fun. I guess people will all interpret that feeling differently but I do agree that movies have very much changed since the 80s and before.

Eoin: Thanks so much for chatting with us an all the best with your future projects.

Michael: Thank you for supporting.