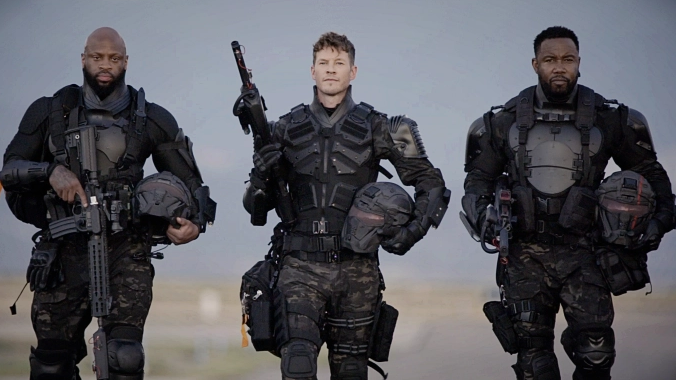 A new film with Chad Michael Collins is always welcome and we also have the added bonus of Michael Jai White, Jeff Fahey and Antuone Torbert in the upcoming action packed creature feature  Dead Zone.

The film follows an elite team of soldiers who, to stop the collapse of humanity, descend on a radiation-poisoned town and perform the ultimate stealth mission using high-tech armor and weapons. But they need to be careful – with hell on Earth, they may just meet the devil.