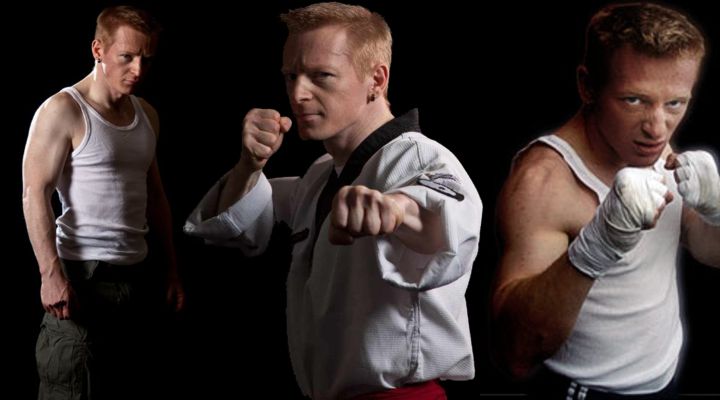 The rise of Mike Möller continues as he has one of the lead roles in the new ensemble actioner Ultimate Justice alongside Mark Dacascos, Mike Leeder, Matthias Hues and Brandon Rhea.

Ultimate Justice tells the story of a team of former Special Ops elite soldiers, whose friendship was forged in battle and years after they thought they had lain down their weapons for good, they are drawn back into action when the family of one of their own is threatened, friendships and loyalties are tested, battlelines are drawn, and Ultimate Justice will be served.

Mike chatted with us about the movie which you can check out below.

Your latest film Ultimate Justice has a great cast; how did you get involved?

My second collaboration with Ruediger W. Kuemmerle after “One Million Klicks”. Right after the movie we decided to move on and “Ultimate Justice” was Ruediger’s dream project. I was again co-producing, fight choreographer and played a part in it.

This was director Martin Christopher Bode feature debut; how was he to work with?

Martin Bode is a great director if it comes to drama scenes. He has his vision and knows how to talk to the actors. I had the action unit under my control and we talked about how it can work together…finding the right balance between drama and action…unfortunately time and money were limited for this production but we gave our best.

What was the atmosphere like on set? Were there a lot of laughs in between the hard work?

In the action / fight department every time hahaha. Together with a few actors we had great fun.

How challenging was it to make sure each fight scene looked different but still exciting?

The fights were choreographed to match the story and their characters. I wanted for everybody a unique fight style. Not easy, because not everybody from the cast was willing to listen and trust me.

What was the toughest one to put together?

Hard question. I did for every fight a previz. That makes it easier on set. Director and DoP (camera) knows then exactly what comes. Like I mentioned before, the time was always our opponent. So I would say the construction area fight…because we just had 2 hours for it.

Following on from that what was your favourite scene?

The baseball fight…and the following fight after the motorcycle chase. My best friends and stunt guys are involved and we shot all the fights including the motorcycle chase in 8 hours. Very happy about the result because I always try to find something new, fresh and never seen before.

What did you take away from working on the film?

Oh it was a wonderful experience to work together again with old friends and met new ones. Ruediger W. Kuemmerle did a great job to bring all this incredible cast together. Mark Dacascos, Matthias Hues, Mike Leeder just to mention a few. I learned a lot again from acting and producing.

Thanks very much and good luck with the film.

Thanks so much appreciate it!