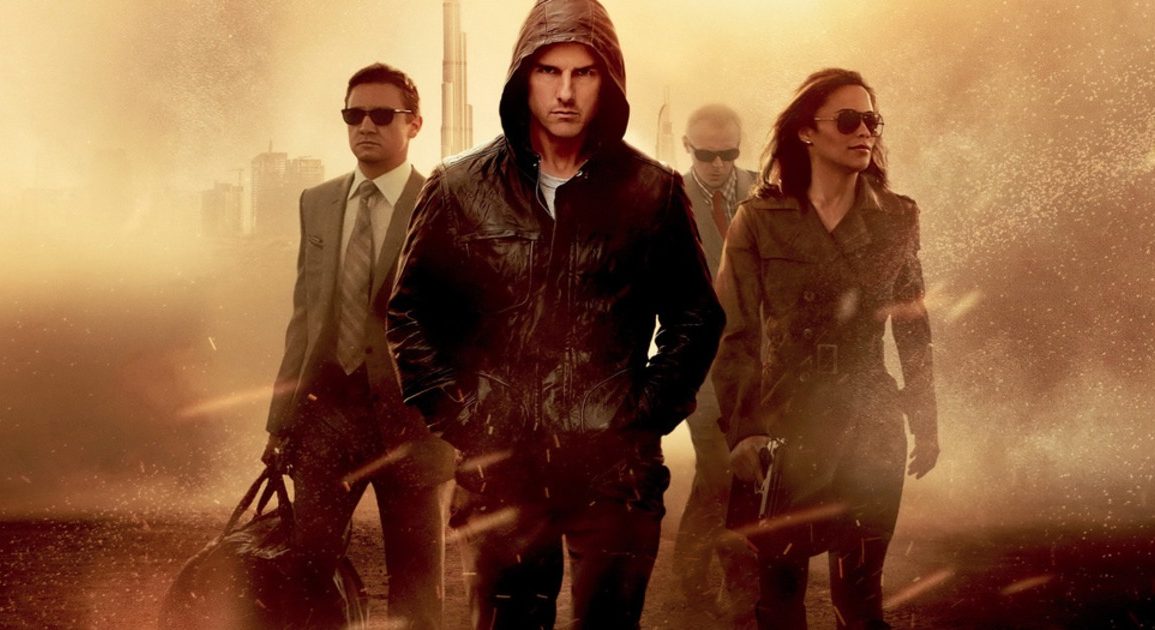 Mission: Impossible – Rogue Nation has arguably the best action scenes you’ll see this year with Cruise and the gang on top form but it just feels a little too formulaic in parts to truly stand out.

Plot: With the IMF now disbanded and Ethan Hunt (Tom Cruise) out in the cold, a new threat — called the Syndicate — soon emerges. The Syndicate is a network of highly skilled operatives who are dedicated to establishing a new world order via an escalating series of terrorist attacks. Faced with what may be the most impossible mission yet, Ethan gathers his team and joins forces with Ilsa Faust (Rebecca Ferguson), a disavowed British agent who may or may not be a member of this deadly rogue nation.

Review: I was expecting to love this movie the way everyone else seems to be and I admit that it was massively entertaining… and yet despite some spectacular action sequences, like Ghost Protocol it left me feeling cold. I couldn’t quote a single line of dialogue to you and I only watched it last night. The story continues on from the last movie so visually and stylistically it all feels very familiar and dare I say it formulaic. You pretty much know from the get go what you’re going to get from the M:I movies so if you don’t go in expecting something ground-breaking you’ll have a blast.

Tom Cruise is still at the top of his game and his dedication to doing his own stunts is what makes him one of the all-time great action stars. The plane stunt is one of the greatest ever committed to celluloid and really is the reason we go to the movies. After this scene there are still some fantastic sequences, especially a motorbike chase around Morocco and Ethan (Cruise) trying to infiltrate an underwater compound.

It never quite generates the tension that we got in the first movie with Hunt dangling on wires but it does a fine job of trying something a little different.

It’s nice to see Simon Pegg having a larger role and being more than just the comic relief nerd; he even gets a fight scene during an Opera which was another stand-out moment.

I loved Rebecca Ferguson as Ilsa Faust who is tough yet sexy and we aren’t quite sure where her allegiances lie, making her a spot on addition to the cast.

Did I miss something though? Isn’t Ethan Hunt married? There was no mention of his wife at all in this movie so I hope in Part 6 we get to see more of that dynamic.

Sean Harris is creepy as always as the jittery villain Lane and he is one of my favourite bad guys of the series as he doesn’t ever need to say anything. He can just stand there and stare at you and you’re quaking in your boots.

Jeremy Renner still doesn’t have all that much to do but he does have a few funny lines and I liked how he was always questioning Ethan’s judgement.

Rogue Nation is very well paced and moves along quickly, never leaving you bored for a second.

I really liked the music score which incorporates not only the classic Mission: Impossible theme but also Nessun Dorma which is referenced throughout.

Overall, Mission: Impossible – Rogue Nation has arguably the best action scenes you’ll see this year with Cruise and the gang on top form but it just feels a little too formulaic in parts to truly stand out.