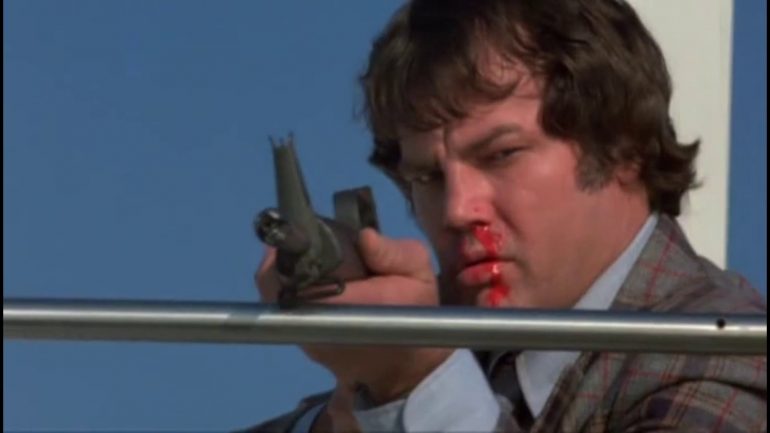 Mitchell is not especially good and looks really cheap but it gets an extra point for having a dune buggy chase and a few entertaining moments with Joe Don Baker doing the best he can as well as John Saxon making for an enjoyable if underused villain.

Review: Although widely mocked by Mystery Science Theatre (which I admittedly never watch) Mitchell starring Joe Don Baker and John Saxon is actually pretty entertaining despite seeming like it had a budget of 4 dollars.

I can understand why some wouldn’t like the movie but it has a dune buggy chase for crying out loud as well as a few punch ups, explosions and car chases. It also has an awesome 70’s era score which makes it even more enjoyable; too bad it doesn’t have an official release… 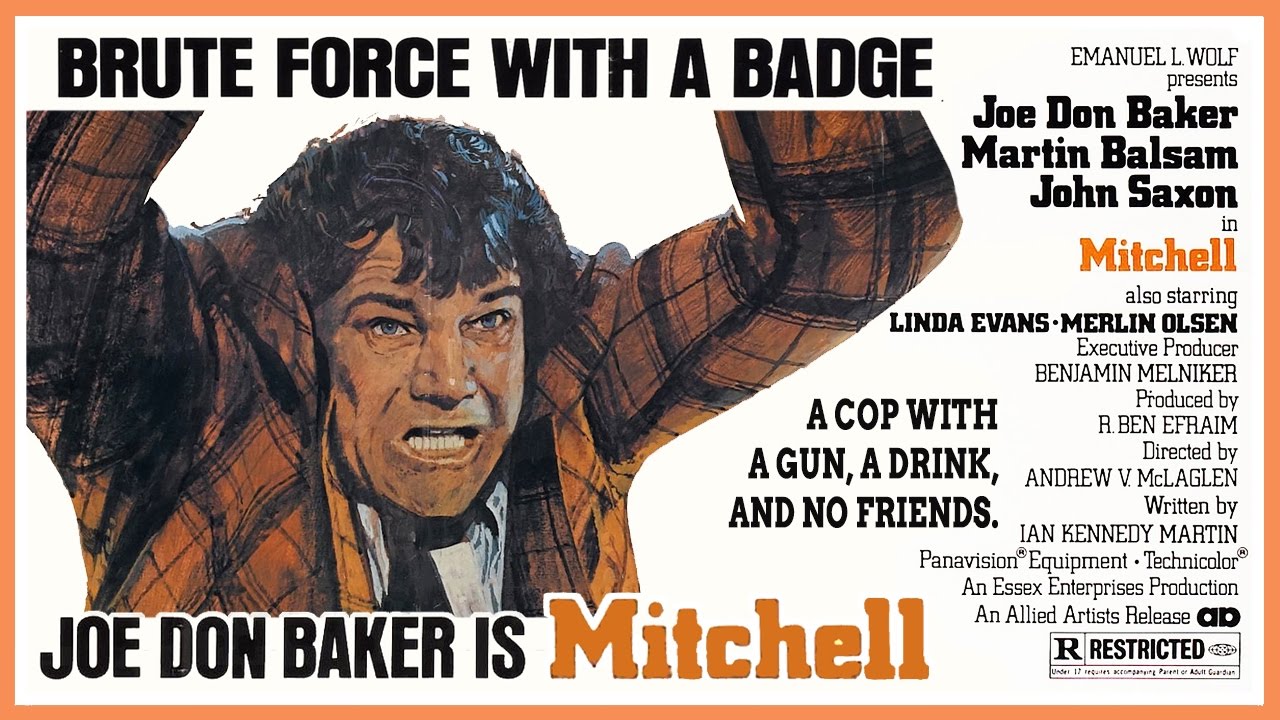 The poster boasts that he’s “Brute Force with a Badge” which is true as Mitchell at one-point shoots someone who was unarmed as he ran away from him which is… questionable. Joe Don Baker is well cast as the oafish police officer but he rarely comes across as tough or even all that funny. He’s no Harry Callahan for sure but his finest moment is when he’s having an argument with a kid in the street where he tells him to “piss off”.

The brief synopsis above says Mitchell “falls for a call girl” which isn’t strictly true; they sleep with each other but he is mostly just boorish towards her and even spills beer on her. Said call girl is played by Linda Evans who has a few decent lines and is more than a match for Mitchell’s ways.

I’ve only ever seen Mitchell on VHS and would like to see it remastered as it looks very dark so it’s hard to see what’s going on in some scenes.

John Saxon is underused as one of the villains but he does the best with what he has and as I say the dune buggy chase is epic.

Overall, Mitchell is not a great movie but it has its moments and there are some fun action scenes with the dune buggy chase and final punch up on a boat particular highlights.