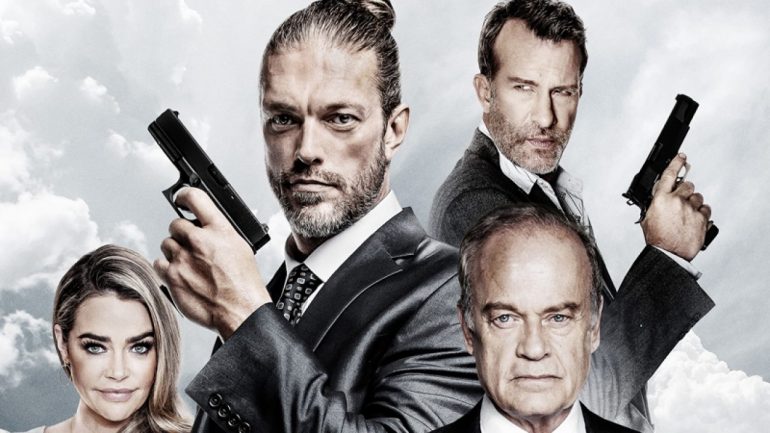 Money Plane is dumb fun with Kelsey Grammer and Thomas Jane stealing the show but it looks cheap and the flying scenes never convince which took me out of it a little. I would watch Executive Decision or Passenger 57 again instead.

Plot: Money Plane follows Jack Reese (Adam Copeland), a professional thief who’s $40 million in debt. Underworld kingpin Darius Emmanuel Grouch (Kelsey Grammer) offers to forgive his debt if Reese will commit one final heist – rob a futuristic airborne casino filled with the world’s most dangerous criminals. If he fails, his family’s lives are on the line.

Review: You could tell from the trailers that Money Plane was going to be a low budget affair but the cast including Adam Copeland, Kelsey Grammer and Thomas Jane had me curious about it as it looked like it could be a fun throwback to 90’s action.

It bears no relation to the 1995 hit Money Train with Snipes and Harrelson sadly and is the kind of movie that will likely be forgotten about within a matter of weeks but with the right amount of alcohol there is still plenty to enjoy.

There are several fight scenes and although they aren’t exactly The Night Comes for Us they are bloody enough with some decent R-rated kills.

I also found Adam Copeland a sympathetic lead but I wish he had a bit more action; he spends most of the movie “piloting” the plane. Speaking of which the flying scenes are completely unconvincing as it’s obvious greenscreen and the sheer lack of any noise from the plane is pretty glaring. I mean planes make a lot of noise and there are things like regular turbulence, but this looks like the smoothest flight in history. As I said though this is low budget fare so corners would have to be cut but it takes away any sense of tension or threat.

Kelsey Grammer chews the scenery as the villain and is one of the most entertaining aspects of the film… wait, was that Joey Lawrence? It was! He plays The Concierge on said Money Plane but his brother Matthew Lawrence is also in it as The Cowboy and then his other brother Andrew directs this picture so it’s very much a family affair!

After watching the movie my main thought was “why haven’t we seen Thomas Jane as the Punisher again?” as despite the 2004 movie’s flaws he was great in it and he deserves to be in bigger, better movies. He spends most of this movie smoking a pipe and being cool but he does get some action towards the end.

There is no denying this is an ambitious movie that would have maybe been better with a bigger budget so they clearly had to make do with what they had.

The music score was surprisingly good and felt like a homage to Speed at times so it was one of the best aspects of the entire film.

Overall, Money Plane is exactly what you’d expect it to be and it clearly lacks a budget but Kelsey Grammer and Thomas Jane make it worth watching for their scene stealing antics.