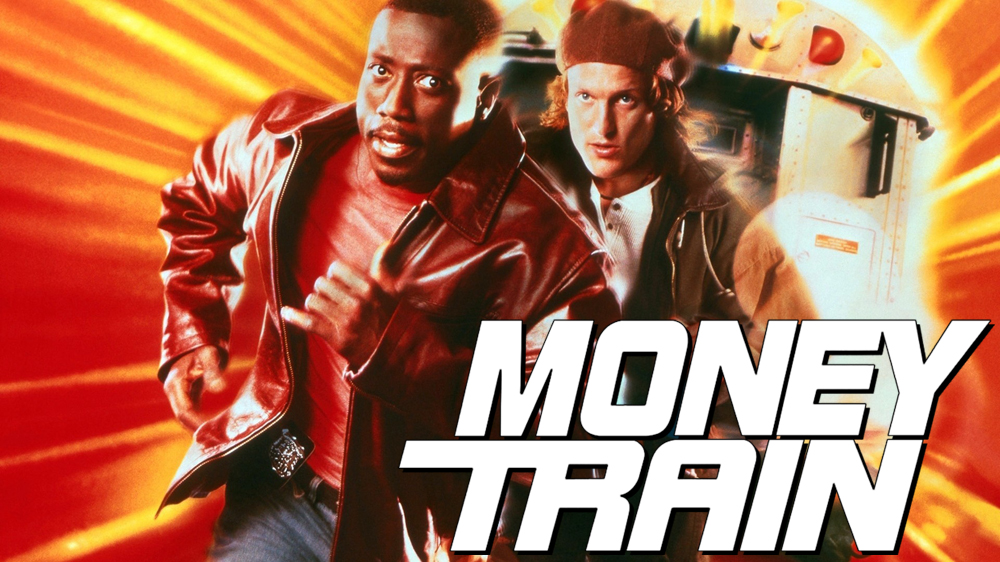 Money Train is a fun action comedy and Snipes is always worth watching; just don’t expect to remember much about it when you sober up in the morning.

Plot: Charlie (Woody Harrelson) is a New York City transit cop with a mountain of gambling debts, and John (Wesley Snipes) is his responsible, and frequently exasperated, foster brother. They compete amicably for theaffections of fellow officer Grace (Jennifer Lopez), but things become more serious when Charlie decides to rob the “money train” that carries the Transit Authority’s daily proceeds. John must decide whether to prevent Charlie’s crime or to join in on the heist.

Review: Now here’s a movie very few people still talk about; it’s understandable as it isn’t amazing by any means but it’s a solidly entertaining Saturday night action comedy which is now 20 years old this year. I remember seeing this in the cinema so now I feel really old!

I always found Woodey Harrelson’s character Charlie to be such an annoying loser that you couldn’t root for him; he should have been arrested at the end because he needed a kick up the ass and never really learned the error of his ways.

This was Wesley Snipes’ movie as he’s the true blue hero of the tale; he had some nice on-screen chemistry with Jennifer Lopez and their scenes were the best non-action moments of the film.

The script was never quite as funny as it could have been and the story isn’t all that strong but it does try something a little different and the action scenes are incredibly well executed. The finale on the Money Train is slick and exciting making the rest of the movie worth the build-up.

I always hated the character of Patterson because he felt like a total cartoon villain; there is no way anyone would get away with half of the things he does in this movie so if you’re looking for realism then you won’t find it here.

Chris Cooper plays arsonist The Torch and is pretty creepy although he’s more of a side character and would have worked better as a main villain.

Mark Mancina provides a suitably adrenaline fuelled score and although not as good as his masterpiece Speed, it’s still thrilling at all the right moments.

Overall, Money Train is a fun action comedy and Snipes is always worth watching; just don’t expect to remember much about it when you sober up in the morning.