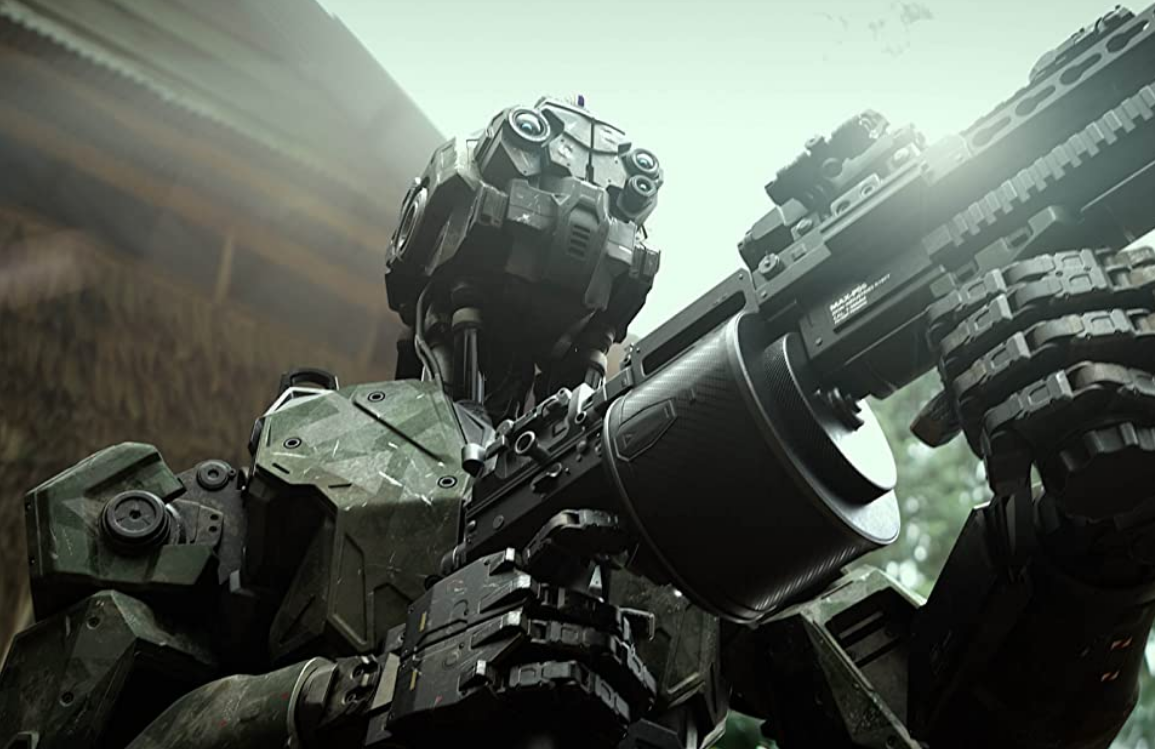 Monsters of Man has its flaws and once again goes on longer than it needs to, at times feeling repetitive but I have a soft spot for movies about killer robots and Neal McDonough makes for a hateful antagonist. The gunfire sounds awesome and the robots look fantastic so it’s worth a rental at least.

Plot: A robotics company teams up with a corrupt CIA agent trying to position themselves to win a lucrative military contract. They illegally airdrop 4 prototype robots into the middle of the infamous Golden triangle to perform a live field test on unsuspecting drug lords that the world will never miss.  Volunteer doctors witness the murder of a village and become the targets.

Review: I’d been following Monsters of Man for a while now as it was first brought to my attention via its Indiegogo campaign. I love seeing passion projects like this brought to life, so I was looking forward to finally sitting down and seeing this movie brought to life.

Considering this is an indie picture the performances are generally strong and writer/director Mark Toia takes his time allowing us to get to know our group of doctors who are suddenly pitted against 4 robots that are supposed to be taking out drug dealers. As the C.I.A. don’t want any witnesses the doctors become targets and are chased through the jungle led by ex-Nay SEAL called Mason (Brett Tutor).

I thought Ly Ty gave an impressive performance as (the kid in the red t-shirt) Leap who looks like he is genuinely grieving when someone he loves is killed. He adds heart to the tale and Toia deserves kudos for trying to help us care about these characters and showing the consequences of violence. It isn’t always successful with certain scenes going on longer than they need to which did take me out of it at times.

Speaking of violence there is no shortage of bloodshed and gore as the robots tear their way through the jungle brutally killing anyone in their path making it feel like Terminator meets Predator.

Neal McDonough never fails as a villain and he once again demonstrates what a talent he is. He is magnetic any time he is on screen and he adds a bit of star power to the cast of mostly unknowns.

Monsters of Man is all about the dangers of A.I. and how we humans are the real monsters; during the movie one of the robots becomes sentient and starts to ask what it means to be alive. These are the best moments as frankly the robots were more interesting than the majority of human characters; the doctors are generally just cannon fodder for the robots. As they were mostly annoying then I was never particularly bothered any time they were killed. There are some really dumb character decisions too which defy logic like in one scene one of the robots is trapped and its gun is sitting right next to it but none of the doctors or Mason think about picking it up and using it.

Aside from that Monsters of Man has plenty to recommend; the robots themselves look fantastic and the visual effects are generally better than a lot of blockbusters. The action is well done but I found it started to get repetitive in the second half and (like every other movie these days) is dragged out longer than it needs to be.

The music score sounded like the horn of the apocalypse at times and really helped to create a sense of impending threat; the sound of the gunfire was also terrifyingly loud so you feel like these are unstoppable killing machines.

Overall, I really wanted to love Monsters of Man but instead I just liked it; few of the characters are memorable and it goes on far longer than it needed to. The robots themselves are totally badass and the hard R action make it worth a watch.