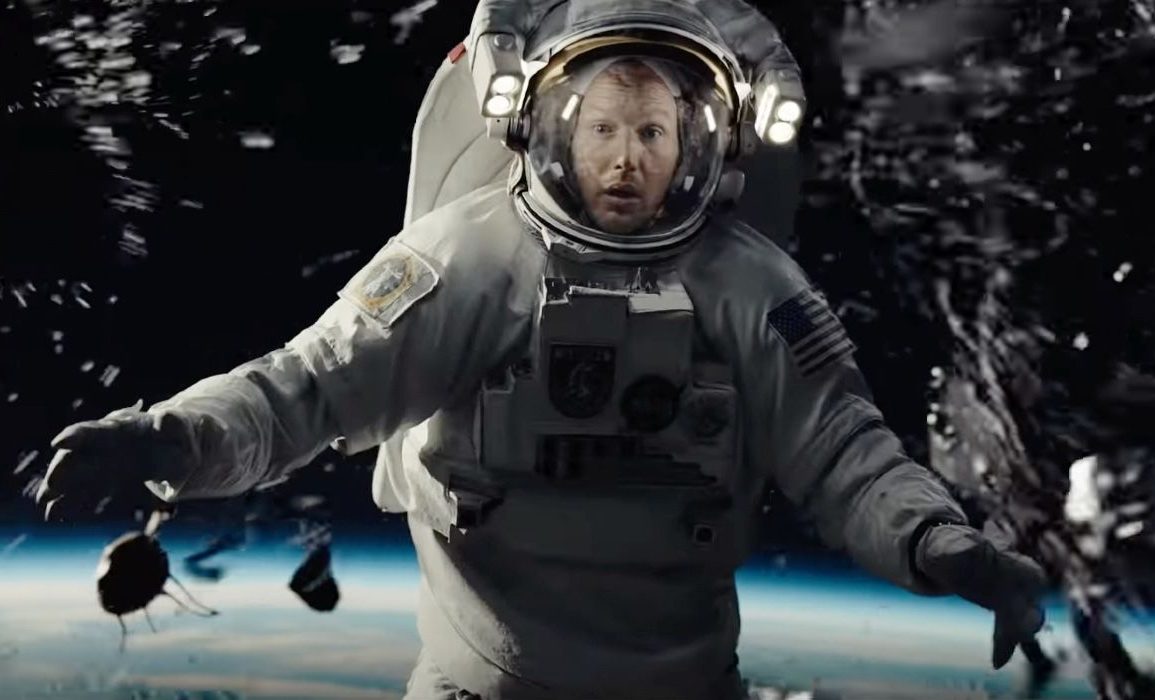 Moonfall is one of the dumbest films I’ve ever seen and I watch a lot of bad movies; it certainly has some fun moments and decent visual effects at times but the script is so bad and the concept so preposterous that it’s impossible to take any of it seriously. Watch drunk and pantless for maximum entertainment.

Plot: The world stands on the brink of annihilation when a mysterious force knocks the moon from its orbit and sends it hurtling toward a collision course with Earth. With only weeks before impact, NASA executive Jocinda “Jo” Fowler teams up with a man from her past and a conspiracy theorist for an impossible mission into space to save humanity.

Review: Moonfall directed by Roland Emmerich (Universal Soldier, Independence Day) never got a theatrical release here in Canada; COVID was used as the excuse but maybe the studio actually saw the film and were just embarrassed for people to see it; I know I would be.

This is the latest destructoporn from Emmerich and it makes his previous disaster movies like 2012 or The Day After Tomorrow seem like documentaries in comparison.

Moonfall may well be the silliest film ever made and had us in gales of laughter at several points not only with how utterly ludicrous it got but also how awful the script was with incredible dialogue like “Sonny, the Moon will save us” and “you’re part of the moon now”.  Sadly the man on the moon never got punched in the face which feels like a missed opportunity.

I remember a few months back in an interview Roland Emmerich said “Marvel and DC Comics, and Star Wars, have pretty much taken over. It’s ruining our industry a little bit, because nobody does anything original anymore.” Sorry to break it to you, Roland, but all you do is remake the same disaster film over and over – except make them more idiotic than before so maybe you’re part of the problem too.

How anyone greenlit this movie is beyond me; sure, it may be an “original” idea but that doesn’t mean it’s a good one. Moonfall is still entertaining but for all the wrong reasons.  Preferably watch it drunk and without pants (obviously) and you’ll have a great time.

The cast (for some reason) are game with Oscar winner Halle Berry, Patrick Wilson and Game of Thrones star John Bradley making for an appealing group saying some of the worst lines they’ve ever had to utter, all while keeping a straight face and most likely thinking about their paychecks as that’s really the only reason anyone would sign up for this film.

There are admittedly some impressive visual effects and the second half of the film has some decent destruction scenes, but the majority of the first half of the film is surprisingly dull, never getting especially exciting. It gets so ridiculously over the top by the end that you just tune out and know that you’ve lost braincells by the time the end credits roll.

Overall, Moonfall is even dumber than you can believe and I have low standards, as you all know. It certainly entertains, maybe not for the desired reasons but I’d be lying if I said I didn’t have a fun time and it did leave me with a smile on my face.