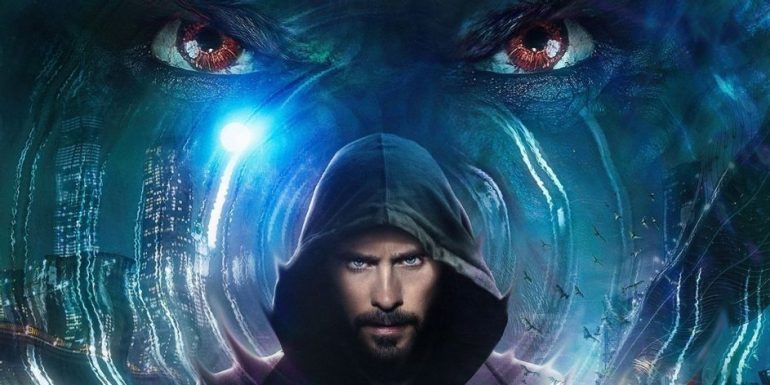 Morbius is a harmless distraction but there isn’t anything that makes it stand out with no truly memorable action scenes; the Blu-ray has some decent special features but I’m not sure that makes this worth owning.

Plot: Dangerously ill with a rare blood disorder and determined to save others suffering his same fate, Dr. Morbius attempts a desperate gamble. While at first it seems to be a radical success, a darkness inside him is unleashed. Will good override evil – or will Morbius succumb to his mysterious new urges?

Review: There are times when you watch a film and everything about it seems familiar despite the fact you have never seen it before; Morbius is one of those movies and after having the release date moved so many times due to the pandemic it’s no surprise that it ended up being a box office dud. It is at least responsible for some enjoyable memes and even The Boys poked fun at it.

I don’t hate the film as it’s well paced coming in at an hour and 45 minutes and even has some impressive visuals especially when Morbius (Jared Leto) is in his vampire form but the story just comes across as bland where you’re never emotionally involved with the characters.

The performances are decent enough with Leto doing his best with the material and Jared Harris showing up for the paycheck; Matt Smith plays Morbius’ childhood friend Milo who unsurprisingly doesn’t follow his friend’s advice and ends up becoming the villain. Smith looks to be enjoying himself and he gives the film a bit of life but by the CG-filled finale I had tuned out and didn’t care what was going on. The action scenes are mostly forgettable with nothing really standing out which is a shame as the character of Morbius was always one of my favourites in the old Spider-Man cartoon.

The post-credit scenes are fun promising a potential Sinister Six tale but due to this film’s box office failure then I doubt it will happen although Sony have been trying for years to set it up.

The music score may not be all that memorable but I liked that main theme and it worked well during the action scenes; it matched the rather snazzy neon credits too.

DOLBY VISION/HDR PRESENTATION OF THE FILM

From Human to Vampire – Visual Effects

Living Vampire from Comics to Screen

The special features are worth checking out especially the Nocturnal Easter Eggs which points out a few hidden details in the movie that I otherwise would never have noticed. It looks like the cast had fun too and the one person who comes across as awesome is Adria Arjona who would give the crew candy.

Overall, Morbius has a few entertaining moments but nothing that really stands out; we get some solid performances and Matt Smith at least looks like he’s having some fun. If you enjoyed the film then the Blu-ray special features only add to it but if you didn’t like it there isn’t much here that will change your mind.