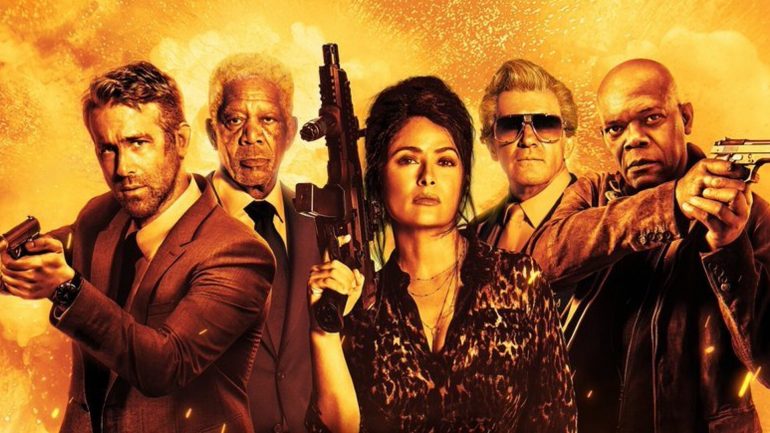 Most Romantic Action Movies to watch on a date

Are you single and eager to connect with someone compatible? How about a partner sharing your taste in romantic action films? Your best option is to check out a flirt dating app. Here you can easily interact and flirt with suitable candidates for romance. Chat about movies online and develop a rapport. The more you use this handy method of touching base, the greater your confidence will grow. Soon you’ll be making plans to take your virtual romance to the next level. Here are the best action movies to watch while your relationship blooms.

Loretta (Sandra Bullock) is a bestselling romantic novelist, and Alan (Channing Tatum) is the ‘himbo’ who models for the cover of one of her books. Both characters also appear as the heroine and hero in the dramatizations of these stories. The couple is taken in by an eccentric billionaire, Abigail (Daniel Radcliffe), who has discovered a mysterious lost city on a remote island. With henchmen, kidnappings, tropical scenery, not to mention an active volcano, this story quickly develops into a thoroughly entertaining adventure movie – perfect for your date!

It would help if you had already seen the 2017 movie that this is the sequel to (The Hitman’s Bodyguard), and although Ryan Reynolds, Salma Hayek, Richard E Grant and Samuel L Jackson revisit their roles, this rollicking film works as a standalone. The all-star ensemble cast is joined by Morgan Freeman and Antonio Banderas, the latter relishing his role as a madman intent on unleashing a campaign of terrorism. The plot twists and turns, there are laughs and nail-biting moments aplenty, and the chemistry between the lead protagonists is undeniable.

For our next suggestion, we’re turning the clock back to the 1980s, and this splendid romcom directed by Robert Zemeckis (better known as the director of the Back to the Future franchise). Kathleen Turner plays the successful but lonely romantic novelist, Joan Wilder, while Michael Douglas stars as an outspoken, boorish bird hunter, currently living in Colombia. Despite Joan’s reticence, chemistry begins to simmer between the unlikely couple when they get involved in a plot involving jewel thieves and exotic Latin American locations. Danny Devito also makes an appearance as Ralph, a drug smuggler.

Indiana Jones and the Last Crusade

No romantic action movie list would be complete without including one of the Indiana Jones series, in this case, the third instalment, released in 1989. Directed by one of this genre’s greatest exponents, Steven Spielberg, and starring Harrison Ford as the plucky adventurer, there are comedic moments and white-knuckle action sequences. Sean Connery makes an appearance as Indiana’s father, while the familiar nemeses, Nazis hunting the Holy Grail, are an ever-present threat.

One of the most expensive movies ever made, Midway features an all-star cast and focuses on a pivotal battle in the Pacific theatre during World War Two. Seen from both the American and Japanese perspectives, there are thrilling action sequences of naval combat and aerial dogfights. But, crucially for your date night, the story also takes time to dwell on the romantic lives of the service personnel involved.

To conclude our viewing shortlist, here’s a sci-fi/cyberpunk action movie (that was also a box office smash). We are in the year 2563, three centuries on from a devastating war that wreaked havoc across Earth, known as The Fall. With cyborgs including the titular Alita and various characters such as Hunter-Warriors and Wordball players (a violent game along the lines of 1970s Rollerball), there’s never a dull moment.