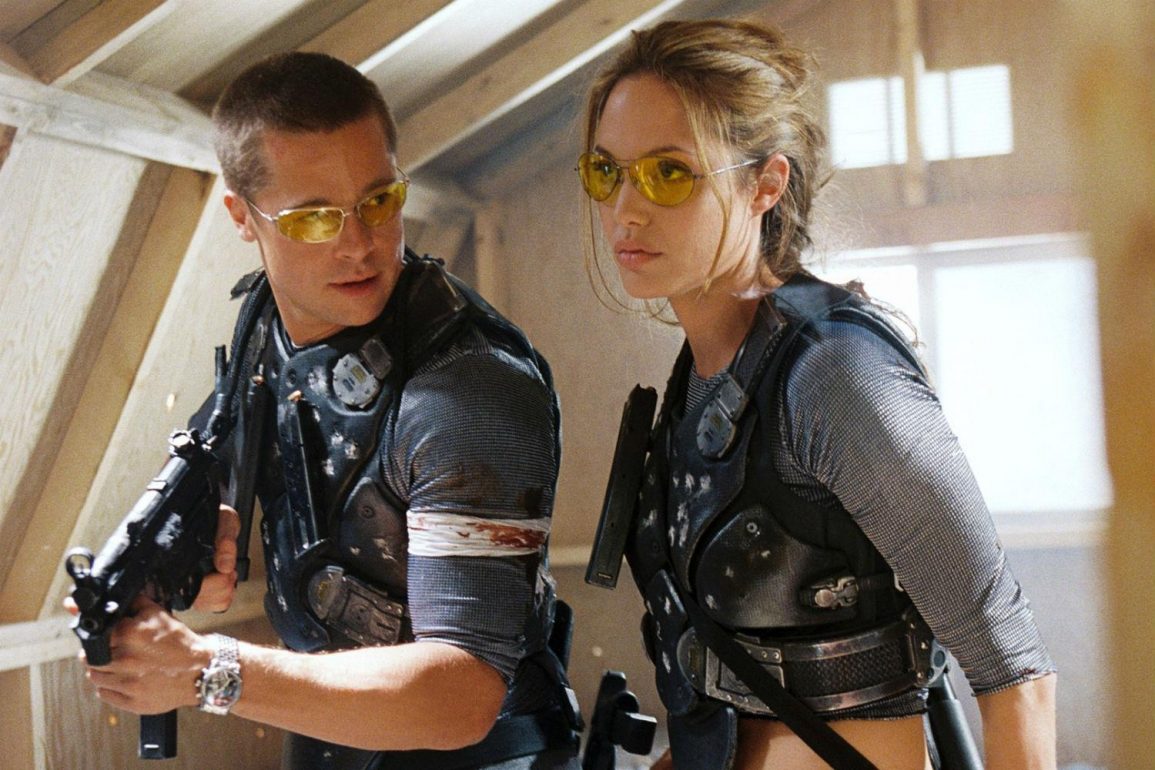 Mr. & Mrs. Smith is a fun time and worth watching once, but it lacks that something that makes me want to sit through it again.

Plot: A bored married couple is surprised to learn that they are both assassins hired by competing agencies to kill each other.

Review: This was always a movie that left me feeling pretty cold; not sure why but as much as I enjoyed it the first time I watched it, I’ve never been able to sit through it since.

The movie is a lot of fun though with some choice one-liners and humour.

Angelina Jolie and Brad Pitt have smoldering on-screen chemistry and it’s no wonder they got married in real life. Their relationship pretty much overshadowed the film because it caused Brad to split up with Jennifer Anniston, if I remember my tabloid gossip correctly.

Angelina is unbelievably sexy in this movie and I have to say that normally I’m not all that bothered by her; she comes across as rather aloof on-screen but with all of the great work she does for charity, etc she deserves major respect.

I think the big thing for me is the lack of a big villain and a strangely uninvolving story; maybe because it’s just a bit too far fetched that I can only suspend my disbelief to a certain point

Like I said though, there is some nice comedy in it and the fight between Brad and Angie is the sexiest fight ever.

The performances are all fine and even Vince Vaughn has some good lines like”I like where your head’s at, man!” after Brad walks out with a huge gun.

Although it lacks a theme tune, the music is pretty entertaining and makes the action more exciting. Speaking of the action, there are some impressive set-pieces and the final shoot-out is pretty awesome; All of the violence all utterly cartoonish so there’s nothing that should offend… unless you’re a total candy ass.

Overall, Mr. & Mrs. Smith is a fun time and worth watching once, but it lacks that something that makes me want to sit through it again.