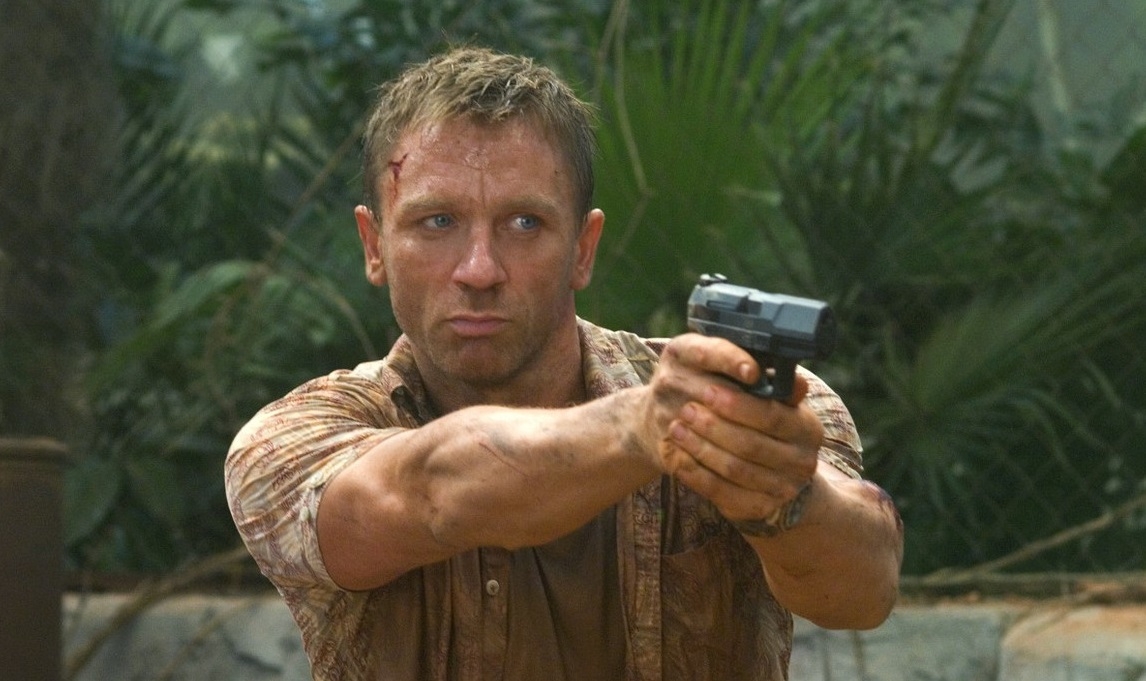 Whether you like Daniel Craig as James Bond or not there’s no denying he is one of the most physical 007s to date and he has had some of the best action sequences of the entire franchise.

Casino Royale in particular showed us arguably the fittest Bond yet with Daniel Craig running… a lot… like… constantly but the standout action scene of the movie and quite possibly my favourite of the series is the parkour/freerunning scene at the beginning of Casino Royale featuring Sebastien Foucan.

This opening scene has James Bond pursuing a bomber called Mollaka (Foucan) leading him to a construction site which ends up having both man battling it out on top of a crane and then running some more.

The stuntwork is incredible and it’s an exhilarating (and exhausting) scene to watch but it is also a surprisingly good character moment. Both men have different approaches to their environment with Mollaka using his physicality and freeruning skills to try and escape whereas 007 will use his wits to catch him proving that he will stop at nothing to complete his mission. His smashing through the plaster wall is the perfect example of this.

It’s a side of Bond we hadn’t really seen before where he is more like a Terminator rather than the suave martini drinking Bond of old; he still does it later in the movie but Craig’s Bond is still a bold reinvention of a beloved character.

What is your favourite James Bond action sequence?

I found a great behind the scenes clip showing how this sequence was put together.