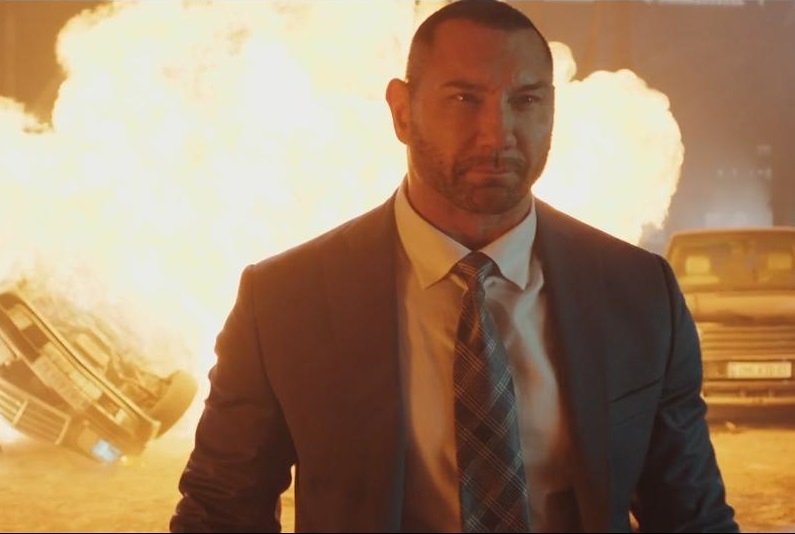 My Spy is a fun diversion with some great references to the action genre and surprisingly endearing characters. It may have every cliche in the book but it knows it and isn’t afraid to occasionally do the unexpected. Go in with no expectations like I did and you might just have a good time.

Plot: Nine-year-old Sophie catches JJ, a hardened CIA operative, spying on her family during a routine surveillance operation. In exchange for not blowing his cover, JJ begrudgingly agrees to show the precocious girl how to become a spy. What at first seems like an easy task soon turns into a battle of wits as Sophie proves you don’t need much experience to outsmart a seasoned agent.

Review: My Spy feels like a throwback to movies like Kindergarten Cop where we have an action star (Dave Bautista) playfully mocking his image and the genre while also being strangely moving at the same time.

Bautista plays CIA agent J.J., a hardened CIA operative who finds himself at the mercy of a precocious 9-year-old girl (Chloe Coleman), having been sent undercover to surveil her family.

I know, it sounds horrible with the potential for an annoying child that needs to be clotheslined ASAP however, Sophie (Coleman) is actually a really sympathetic character and her slow bonding with the normally tough J.J. is dare I say it… cute.

In the days of old, children in movies would normally mean it would be painful to sit through but audiences are more sophisticated today so Sophie is relatable as she is new in town and just wants to fit in at school.

Bautista comes across as a gentle giant in real life and nothing like some of the badasses he plays but he brings a surprising amount of soul to J.J. and although we know how most of the story will play out it’s hard not to enjoy the characters and some of the action.

It isn’t exactly packed with set-pieces with around three that stood out, but we get to know and care about J.J., Sophie and her mother Kate (Parisa Fitz-Henley). The dance scenes are excruciating but they do make J.J. more endearing and good on Dave for having no problem looking ridiculous on camera.

Kristen Schaal shines as J.J.’s overzealous partner Bobbi who really wants to be a part of the action and has some choice lines. The normally hilarious Ken Jeong is wasted in a small and not particularly funny role which is a shame.

There are lots of references to other movies like Raiders of the Lost Ark, Spy Game and the action genre in general with jokes about walking away from explosions and more so those are what kept me entertained.

It has every cliché in the book however, it knows that and turns a few on their heads so there are a couple of twists and turns towards the end to keep things interesting.

Overall, My Spy might sound like the equivalent of drinking acid but it’s surprisingly enjoyable with lots of action movie references, engaging characters and an entertaining story. It’s on Amazon Prime now so if you’re looking for some harmless fun you could do worse.