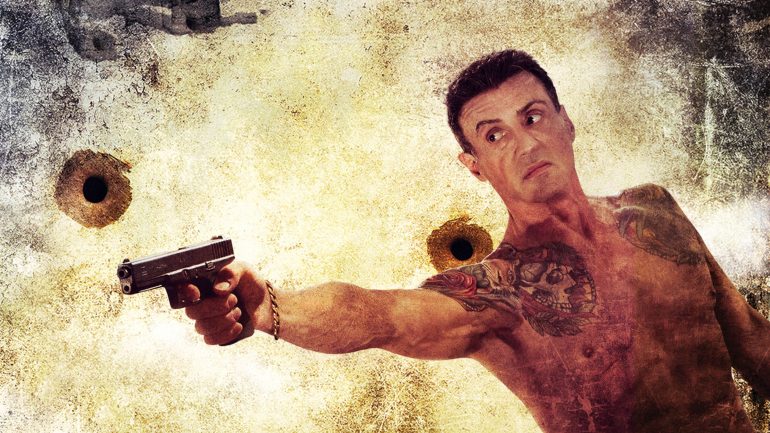 I know technically this film was released in 2013 but it was meant to come out in 2012 so technically it’s 10 years old and frankly I just want an excuse to talk about it.

It’s hard to believe nearly 10 years have passed since I watched Bullet to the Head starring Sylvester Stallone and Sung Kang in the theatre with my father; since I was a teenager me and dad have always gone to see the latest action pictures and when I go home in a few weeks we’ll see Top Gun: Maverick together which I can’t wait for.

Bullet to the Head was based on Alexis Nolent’s French graphic novel Du Plomb Dans La Tête (“Lead in the Head”) and was initially titled Headshot but the studio changed the name before it got released and I think Bullet to the Head works better.

It had been a while since I last saw Bullet to the Head but after our Livestream discussing all things Walter Hill recently, I wanted to revisit it. At the time it was met with lukewarm reviews and wasn’t even a big hit at the box office which is a shame as I love nearly every second of this picture.

Walter Hill is an old-school director the kind of which we rarely see anymore; his films are unsentimental, and his characters are usually challenging anti-heroes which is exactly what we get here.

Sylvester Stallone regularly plays likeable heroes with a fun sense of humour but Jimmy Bobo (awesome name) is a hitman who has no remorse for the people he has killed in his line of work. He doesn’t hesitate to kill in cold blood and even when he reluctantly teams up with cop Detective Kwon (Sung Kang) they never grow close or become friends; by the end there is a grudging respect as they have saved each other’s lives but they never change who they are and it feels believable.

Jimmy is hard as nails and Stallone is at his best here creating a character who is intimidating every second he is on screen and it’s really only because it’s Sly that we root for him. He’s a terrible father who really left his daughter to raise herself; he supported her financially but like many of Hill’s protagonists he is all about his work with little time for bullshit.

Sung Kang’s role was initially meant to be played by Thomas Jane, but Kang made the role his own and Kwon is every bit as cold as Jimmy, but he still wants to go by the law to make things right. This makes the dynamic between the pair interesting as you honestly believe they could kill each other at any time.

In an interview with Collider for this film Hill described action movies as “dramas with recognizable human beings that are in extraordinary situations” and that’s what this is. There isn’t anything that stretches credibility, and all the characters feel like they could exist.

Jason Momoa excels as the villain Keegan and the climactic axe fight at the end between him and Jimmy is one of the many highlights of the film. Make no mistake this is Hard R stuff with brutal beatdowns, blood squibs galore and gratuitous nudity which as we all know is what makes films great.

Walter Hill knows how to shoot an action scene and we can see everything clearly; we get practical explosions, regular fights and it just has that old-school action feel we don’t see much anymore. I’ve always thought Hill should direct an Expendables movie as he could give it a real edge that we haven’t seen yet.

Christian Slater is a little underused and should have had more to do but seeing him as a sleazy villain is another bonus; Adewale Akinnuoye-Agbaje is normally intimidating as an antagonist but Robert Nkomo Morel is surprisingly reasonable however, that’s just so Keegan can be revealed as the true nemesis.

The music to Bullet to the Head by Steve Mazzaro oozes cool with harmonicas and electric guitars working perfectly for the Louisiana setting which has been a favourite locale for Hill’s past movies. I miss Ry Cooder but Mazarro brings his own sound to the movie and it really works.

Walter Hill never makes films that are too long; they are usually around the 90 minute mark and his scripts are lean with character’s whose actions speak for themselves rather than lots of exposition and that’s the case here.

Bullet to the Head is sometimes described as a “buddy” picture but Hill himself says it’s an anti-buddy picture as our two main characters hate each other and that’s what makes the film so gripping. It may not break any new ground storywise but the way the two leads hurl abuse at each other makes for an easy watch.

Overall, nearly 10 years later Bullet to the Head deserves more love as it’s old-school action cinema at its best with Stallone tougher than ever and Sung Kang making for an entertaining foil; Jason Momoa makes for an intimidating villain and his climactic showdown with Sly is fantastic. The action is bloody but never too over the top keeping things grounded and it’s a fast 90 minutes making Bullet to the Head deserving more love from genre fans.