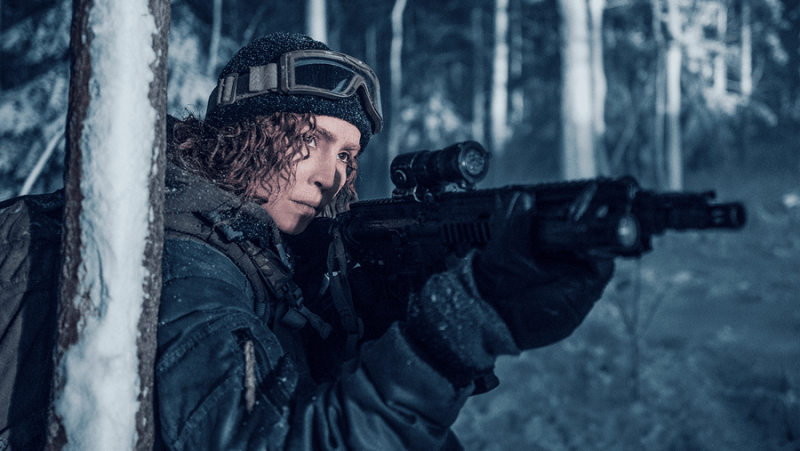 Netflix is breathing new life into the action-adventure genre by bringing international movies to its subscribers. The latest additions to the streaming service include the South Korean pirate adventure movie The Pirates: The Last Royal Treasure and the Swedish action movie Black Crab.

The Pirates: The Last Royal Treasure tells the tale of a group of pirates and bandits who face stormy waters and tough rivals as they search for gold. Black Crab stars Swedish actress Noomi Rapace as a speed skater who joins a group of soldiers on a mission behind enemy lines on a frozen archipelago. The movies are just the latest in a long line of international films featured on the streaming site.

How streaming services have an advantage over movie studios

The nature of streaming services such as Netflix means that they can take a gamble on TV shows and movies that traditional movie studios would shy away from. International production is also an attractive proposition for streaming services due to the lower costs involved. The South Korean TV show, Squid Game, provided Netflix with its biggest success with a worldwide audience of over 100 million. Alongside Squid Game, the South Korean show All of Us Are Dead and the Spanish series Money Heist are among the six most popular shows on Netflix.

In the case of The Pirates: The Last Royal Treasure, Netflix are able to make the movie available to its subscribers all over the world. It would not otherwise be possible for the South Korean movie to be seen by a worldwide audience. In the same way, the movie Black Crab, directed by Adam Berg, is given access to a worldwide audience thanks to its distribution via the streaming service and has already received rave reviews.

Adventure themes in the entertainment industry

The success achieved by Netflix in adopting an increasing number of adventure-genre titles has led to the wider entertainment industry following suit. In the video game sector, the action-adventure video games Ghostwire: Tokyo and Horizon Forbidden West are just two of the many recent releases in the adventure genre.

The adventure genre is constantly appearing in new and innovative forms. One example is its use in the iGaming industry with games such as Gonzo’s Treasure Hunt Live, which is available to play courtesy of the best live casinos, as reviewed by CasinoSmash. The game features Gonzo, a Spanish explorer who is seeking the lost city of Eldorado. The enduring popularity of the adventure genre is also exemplified by the return of the adventure board game HeroQuest. The original game ended in 1997, but a remake was released in 2021 thanks to a crowdfunding campaign by Hasbro.

Clearly, the adventure genre continues to provide inspiration for various sectors across the wider entertainment industry. It’s no surprise that streaming giants like Netflix are keen to capitalize on the trend with upcoming adventure movies, sure to satiate their fans.

Netflix is giving international movies in the adventure genre the opportunity to shine and at the same time is challenging movie studios, that do not have the means to take a gamble on unproven international titles. This is likely to continue as the nature of streaming means companies such as Netflix are taking much less of a financial punt when giving these types of adventure movies the chance to prove themselves.