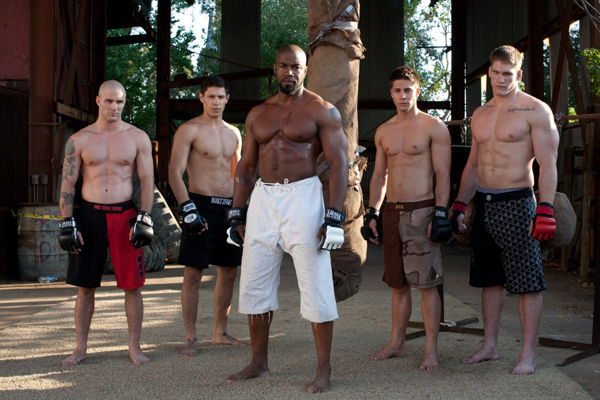 Never Back Down 2: The Beatdown is a hugely enjoyable follow-up and I have to say that this series is much better than I first would have thought. Sure it brings nothing new to the genre, but they have excellent fight scenes and move along at a good pace.

Plot: Four fighters with different backgrounds come together to train under an ex-MMA rising star and then ultimately have to fight each other.

Review: Michael Jai White directs this action packed follow up to 2006’s Never Back Down. This is far more hardcore with an R rating so not only do we get more violence and swearing but we also get Nudity! That always goes in any movie’s favour and is one of the reasons this sequel is superior to the original.

It starts off with arguably the most unrealistic party of all time; bikini clad women everywhere, some of them making out with each other, booze and more. Has anyone ever been to a party like the ones they show in movies? I sure haven’t, but if anyone is having one feel free to invite me.

It’s nothing new story-wise and the majority of the cast are surprisingly unlikeable, but it’s well paced and has plenty of nicely choreographed fight scenes.

Like the first movie though, the main character Mike Stokes (Dean Geyer) is a bit of an ass and difficult to root for; he’s another angry young man and his training partners Zack and Justin are also in need of a good kicking.

Justin is one of the more interesting characters as he is essentially a victim of bullying at the start but by the end he has become the bad guy. He even sets up MJW and by the final fight you want to watch his face get smashed.

Arguably the nicest guy in the movie is Tim Newhouse (real life MMA fighter Todd Duffee) who does whatever he can to prevent his mother from having to work in a stripclub in order to pay bills. He’s honourable and of all the leads, he is the one who deserves to succeed the most.

Michael Jai White is of course the highlight of the movie and the best scene is him taking on a group of racist corrupt cops single-handedly, which is thoroughly satisfying.

I have to say that I am looking forward to what MJW brings to Part 3, which is currently in development.

Overall, Never Back Down 2: The Beatdown is a hugely enjoyable follow-up and I have to say that this series is much better than I first would have thought. Sure it brings nothing new to the genre, but they have excellent fight scenes and move along at a good pace.