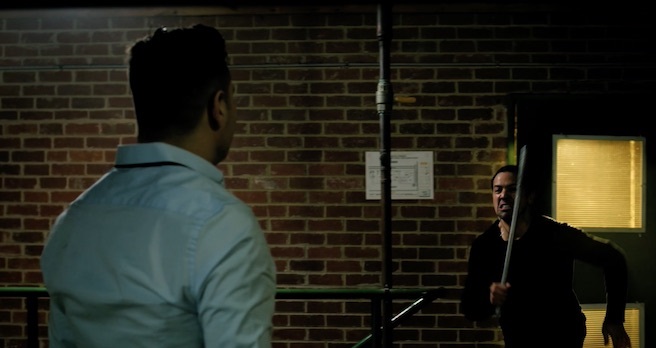 New Fight Clip from The Proposal

Marc Natoli and Lincoln Barros throw down in this clip from the action charged short The Proposal. Directed by Ben Wimpey, Produced by Antonio Raiola, Co Produced and Written By John Fallon. Premiering at the Sitges Film Festival on October 10, at 9:15PM at the Prado Theater before Believer.

THE PROPOSAL – FIGHT SCENE CLIP from John Fallon on Vimeo.