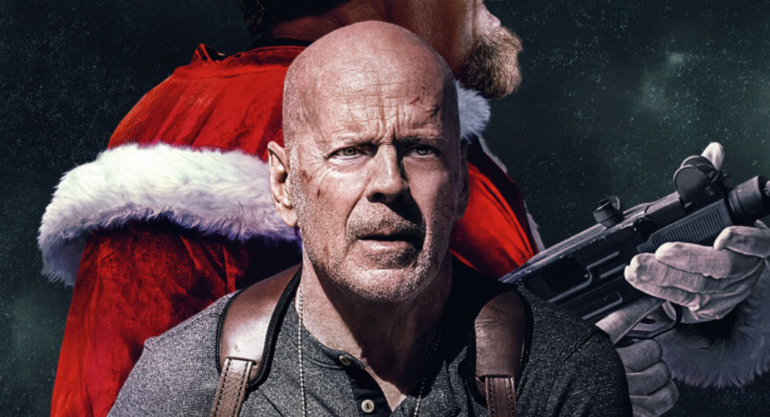 For someone who is meant to be retiring Bruce Willis is still doing a lot of movies; next up is the second part of the Detective Knight Trilogy. I haven’t watched the first one yet but I might soon; but for now here’s the trailer for the second film entitled Redemption.

Plot: Bruce Willis stars as Detective James Knight in this second film of the action-packed trilogy. In custody in New York, Knight finds himself in the middle of a jailbreak led by The Christmas Bomber, a brutal fanatic whose Santa Claus disciples are terrorizing the city. With the promised return of his badge in exchange for taking out the terrorists, the steely-eyed Knight doles out mercy for the just…and merciless justice for all the rest.