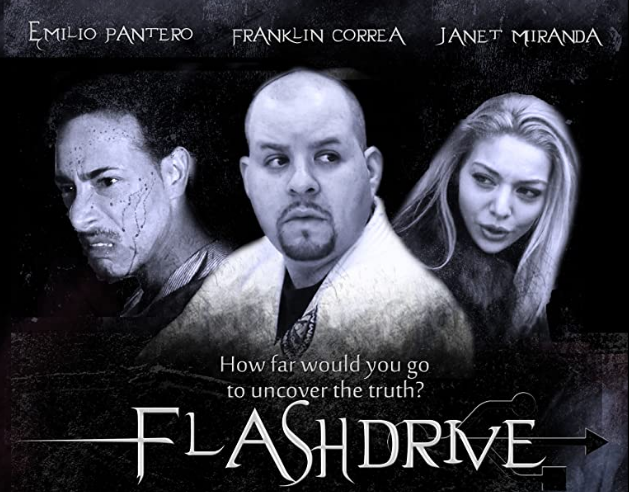 Flashdrive was released back in 2012 however, Franklin Correa has made a few changes to the film and a new trailer has been released for it which you can check out below.

SYNOPSIS: When a upcoming news reporter Ashley Romano (Janet Miranda) stumbles upon an urban legend called ‘EL JARVE’ DE ESCOBAR’ that happens to be true, her life is put into danger. Finding out about her being murdered, Johnny Franco (Franklin Correa), her boyfriend & martial arts instructor will stop at nothing to uncover the truth and seek revenge for her death going through a group of assassins lead by Antonio (Emilio Pantero) leading up to a climatic showdown and unforgettable ending.