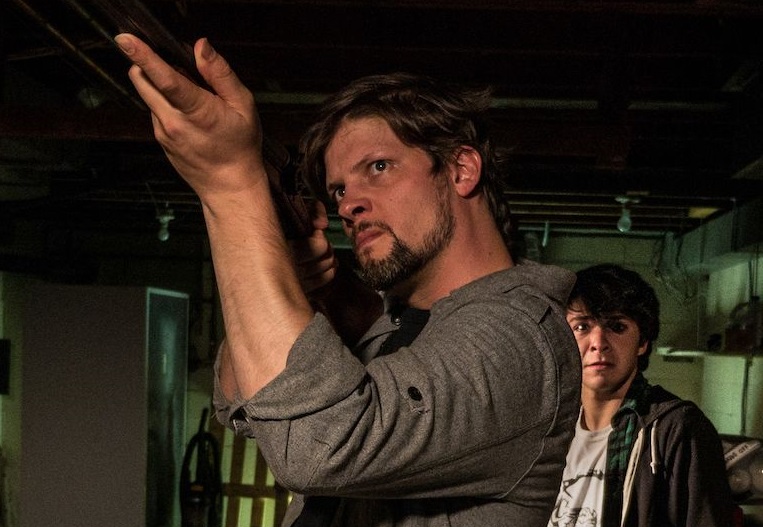 A nail-biting, action-packed, sci-fi adventure for the entire family, Portal Runner begins streaming and is available On Demand Dec. 10 from Terror Films.

Portal Runner was directed by Cornelia Duryée (Language Arts, West of Redemption, The Dark Horse, Camilla Dickinson) from a screenplay by J.D. Henning and Tallis Moore (JourneyQuest, The Gamers: Dorkness Rising), based on a story by J.D. Henning.

When 15-year-old Nolan (Siegel) discovers a secretive family legacy and a portal that enables him to travel to parallel worlds, it’s a young boy’s dream come true … until it becomes a nightmare when he realizes he’s being pursued across the ages by an evil force. When he becomes stranded on Christmas in an alternate world with his quirky family and a rebellious and petulant older sister he’s never met before, he realizes Mae (Eberle) may be the key to defeating his adversary and must enlist her help fast … before it’s too late for them all.

From  Terror Films, Portal Runner was directed by Cornelia Duryée from a screenplay by J.D. Henning and Tallis Moore, based on a story by J.D. Henning. Cinematographer was Chris Mosio. Casting by Richard Pagano. Music by BC Smith. Produced by Larry Estes (Language Arts, Smoke Signals).  Executive producer is J.D. Henning.