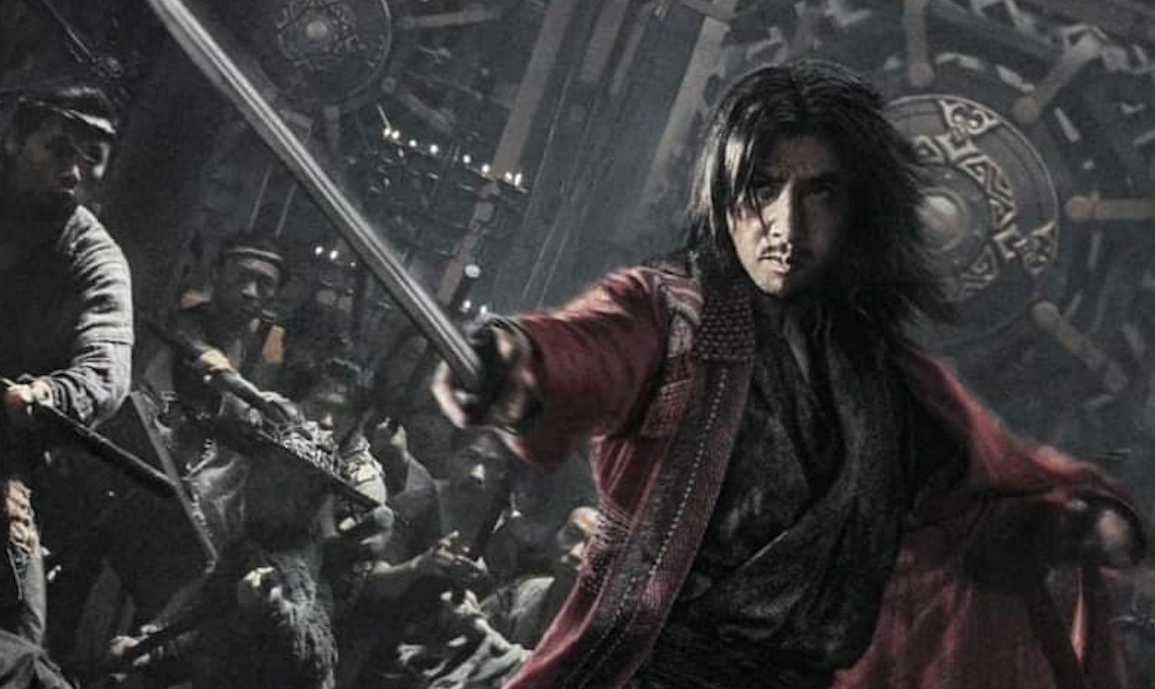 Plot: During the Northern Song dynasty, Qiao Feng, the leader of the Beggars’ Sect, was a heroic and chivalrous man who was respected by the whole martial arts world. But he was suddenly accused of being a Khitan, which made him isolated by friends and allies. On his journey to find out about his origin and enemies, Qiao Feng met Azhu the maid from Murong family, and they fell for each other. The two went together through events in Juxian Manor, Yanmen Pass, and the Mirror Lake. Unfortunately, Qiao walked into Mrs. Ma’s trap and killed Azhu by mistake. He finally found out it was Murong Fu who schemed all this to revive the former Yan kingdom. After he killed Murong Fu, Qiao Feng went beyond the Great Wall as Azhu wished.