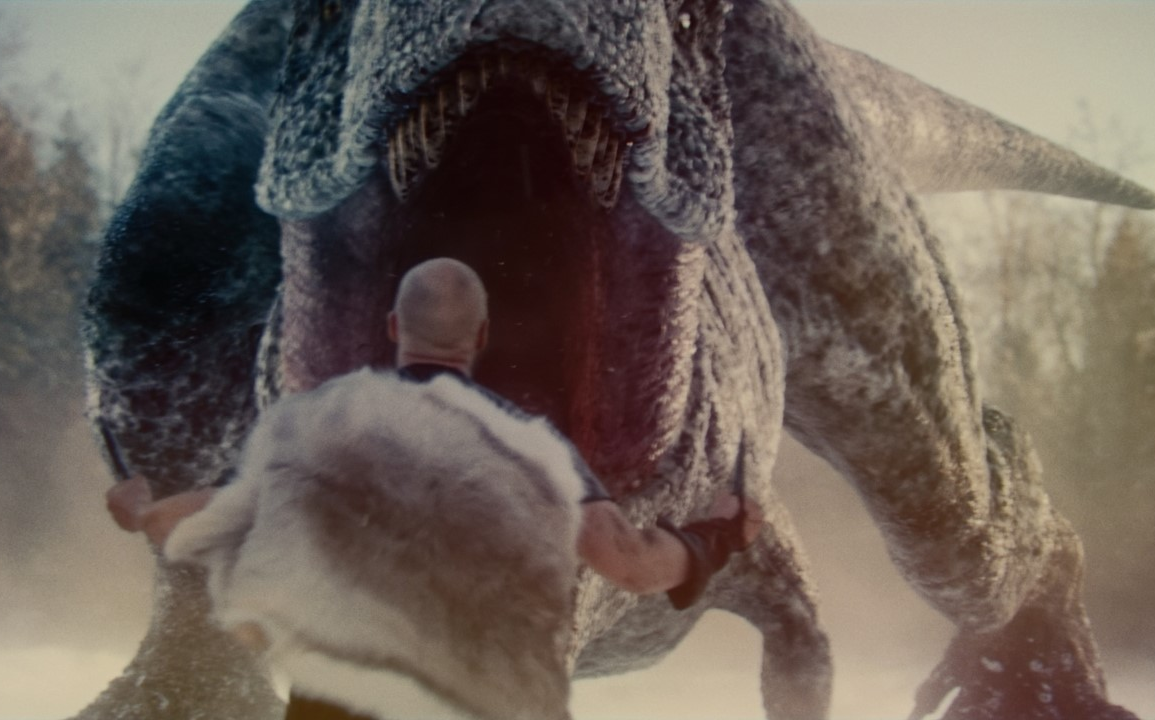 We Hunt Giants is written and directed by Titus Paar (The Perfect Weapon/Fear of the Woods) and is an R-rated Dinosaur Action Adventure film.

Synopsis: In a time where cavemen and dinosaurs share the world, a tribe is plagued by a man-eating giant T-Rex that hunts them all. Rougu, the son of the village chief, has his woman and his entire village captured by a witch-doctor tribe in the same area. They believe that the only way to calm the beast is to sacrifice his woman’s beautiful flesh. Rougu and his father realizes that the only way to save their village is to do what no man has ever done before… Hunt the Giant.

Filmed in the snowy hills of Sweden 100% on location

Director Titus Paars words:
We Hunt Giants is a dream come true, a dream I had since I was a kid and saw Jurassic Park.
I wanted to explore what it would be like to live with Dinosaurs as a primitive man in snow, with spears as your only weapon.
How do they live, have sex, hunt, party, survive.
There’s so much to explore that’s never been done in this way before.
I also wanted this to be the first gritty high-end R-rated Dino movie.
A bloody adventure about survival and risking everything for the ones you love.
So happy to have been working with this amazing cast and crew on this, we froze our asses of in the snow but it was amazing because we are like an army of Vikings.
But the true hero is Andreas Feix and the team at Eclipse FX, this is some of the most stunning T-rex CGI I have seen in a film that doesn’t have over a 100M$ budget.

Release:
We Hunt Giants is still in production and will hit the markets late 2023