New Trailer for Wolfhound with James Maslow and Trevor Donovan

SYNOPSIS: Featuring action sequences using vintage aircraft, this thrilling WWII epic shows how one man’s courage can change the world. On a recon mission over Nazi-occupied France, pilot David Holden (James Maslow) is shot down along with a B-17 bomber. He lands near an airfield, where he learns the Germans are loading the U.S.-marked aircraft with a city-destroying superbomb that could help the Axis win the war. Now, Holden must evade search patrols and a vengeful Nazi soldier to rescue the captured crew and stop the doomsday plot. 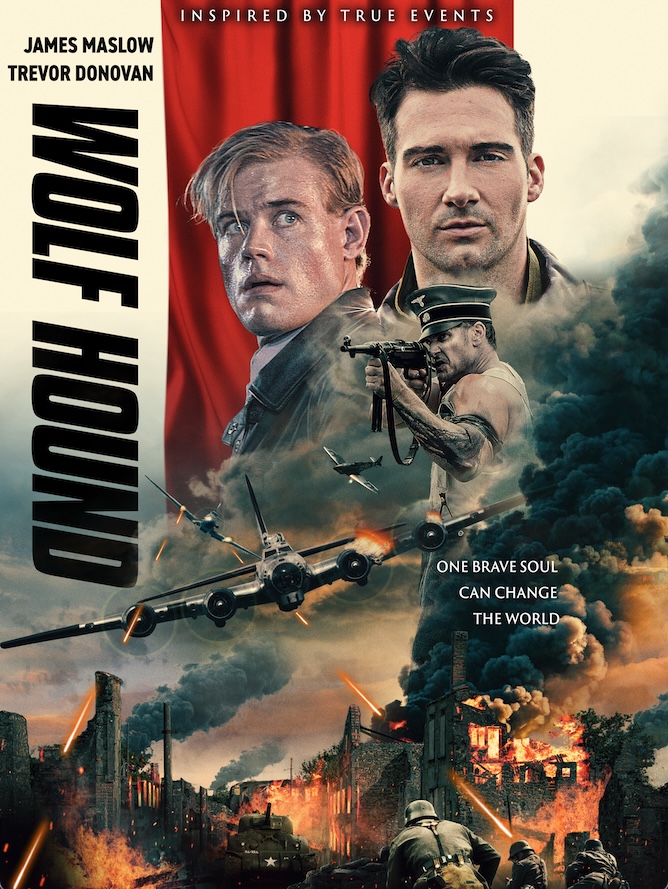