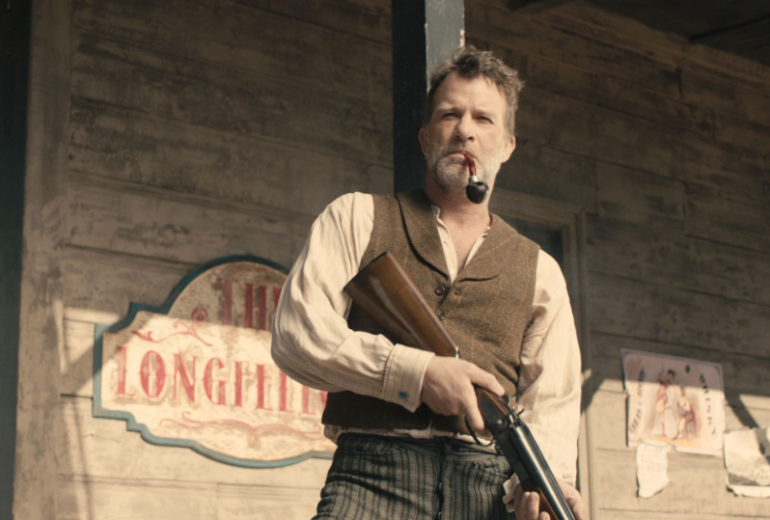 Plot: Apache Junction is an outpost of lawlessness, a haven for thieves and cold-blooded killers. After big-city reporter Annabelle Angel (Scout Taylor-Compton) arrives to write an article on the town, she becomes a target when notorious gunslinger Jericho Ford (Stuart Townsend) comes to her aid. Now Annabelle must entrust her future to a man with a deadly past, as Jericho heads toward a tense showdown in this thrilling Western that unloads a double-barreled blast of action. Costarring country music superstar Trace Adkins and Thomas Jane.

Saban Films will release the action/Western APACHE JUNCTION in Theaters, On Demand and Digital on September 24, 2021.