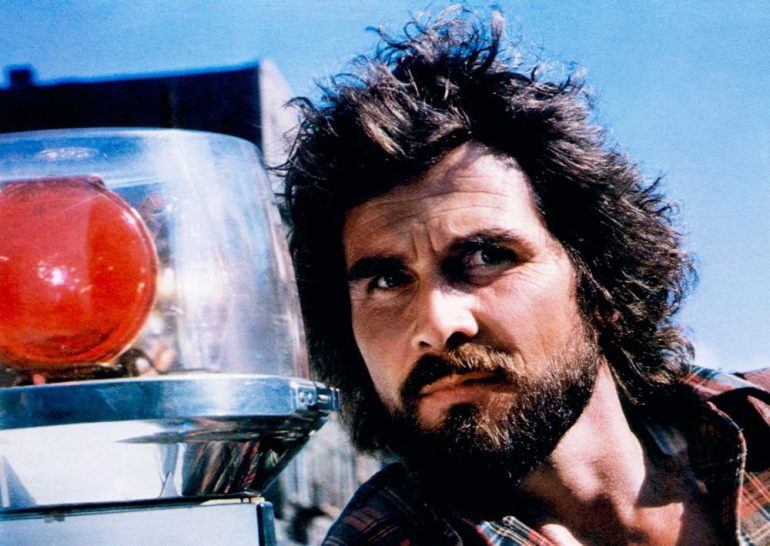 Night of the Juggler is worth a watch if you can find it and despite a few flaws it’s tense and exciting with a satisfying finale.

Plot: A tough, New York ex-cop relentlessly searches for his kidnapped teenage daughter whom is held by a twisted psycho after mistaking her for the daughter of a wealthy businessman.

Review: Night of the Juggler is a bit of a forgotten gem from 1980; James Brolin plays an ex-cop (now a trucker) called Sean Boyd whose daughter has been kidnapped and he begins chasing the villain all around New York.

Although it takes a little while to get into full swing, I think this is really quite a tense film and we really get to see New York when it was at its most Hellish. Pretty much everyone is a potential threat and there is this air of desperation as the chase intensifies.

Cliff Gorman deserves special recognition as the incredibly creepy Gus Soltic who giggles away like The Joker when things get crazy. At times you nearly sympathize with him but as the story progresses we realize he’s just a total nutjob that has to be stopped.

Richard S. Castellano is also fantastic as Lt. Tonelli, an honest cop fighting an uphill battle in a town gone to Hell. While trying to find Sean and prevent various bombings around the city Tonelli also has to try and deal with his soon to be son-in-law’s future in the ice cream industry so he spends a lot of the time talking about that.  It gives the movie added realism and the acting/atmosphere in general is gritty, keeping you on the edge of your seat.

The script is well written with natural dialogue and it never strays from feeling like every parent’s worst nightmare.

Sadly, at one point towards the end a boom mic makes a cameo appearance which does take you out of it a little but it’s not a massive problem. I found that towards the end it was a little too darkly lit and it was difficult to see what was happening so it would be nice to see a remastered Blu-ray in the near future.

Overall, Night of the Juggler is worth a watch if you can find it and despite a few flaws it’s tense and exciting with a satisfying finale.