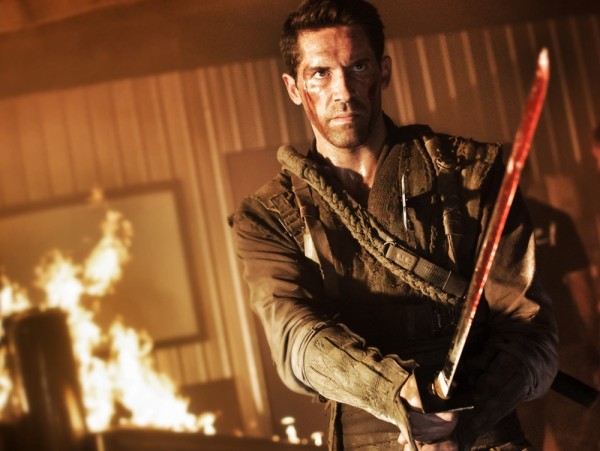 Ninja 2: Shadow of a Tear exceeds all expectations and is the best martial arts flick since The Raid.

Plot: Ninjitsu master Casey is back and out for revenge when his pregnant wife is murdered.

Review: Well, it looks like after nearly a full year I finally found my favourite movie and this is it. Ninja 2: Shadow of a Tear is old-school martial arts action at its very best.

I’ve been a fan of ninjas since I read a book called Avenger: The Way of the Tiger when I was a child. It was one of those “choose your own adventure” stories and I loved it; the black outfit on the cover immediately grabbed my attention and I was a fan ever since.

There have been plenty of ninja movies over the years but as Isaac Florentine said, they have usually been pretty cheesy. I love the American Ninja movies, Revenge of the Ninja, Enter the Ninja and the other classics but Shadow of a Tear manages to not be remotely cheesy and is easily the best Ninja movie I’ve seen.

We get to see real ninja weapons like Shurikens, Kamas (a personal favourite) and many more so it all feels authentic but still hugely entertaining as well.

Scott Adkins returns as Casey but he’s not the nice guy hero from the first movie; when his pregnant wife is murdered, God help anyone who gets in his way as he slices his way to vengeance. I love how merciless he is as he hunts for the man he believes has killed his wife, known only as Goro. This is not the four armed monster from Mortal Kombat but an elderly drug dealer who lives in the jungles of Myanmar.

Adkins is an unstoppable force of nature in this movie and watching him fight is jaw-dropping. I look at my (slight) beer gut and hang my head in shame at how fit he is.

There are almost too many awesome fight scenes in this movie to pick a favourite but I think it has to be the bar fight where Casey takes on several men at once. It’s easily the best fight scene I’ve seen this year; no shaky cam, no CGI just Scott Adkins showing us what he can really do. This is his best movie since the Undisputed series and I really hope we get a third entry.

There isn’t much in the way of story  as it’s simply a revenge tale but that’s not to say it’s without depth. The opening scene gives us a brief history of the ninja and several scenes are based on reality. Rather than ninjas being shown as almost cartoon figures, we get to finally see them as the deadly warriors they really are.

It’s great to see Kane Kosugi in a more high profile role too as he deserves to be a huge action star. The man is a fabulous martial artist and has genuine screen presence.

The music score is OK but I do miss Steve Edwards theme from the first Ninja; the music is fine though, most will just be watching the action and that’s what matters.

If like me, you grew up watching one man army and ninja movies then you’re going to love this. Ninja 2: Shadow of a Tear exceeds all expectations and is the best martial arts flick since The Raid.