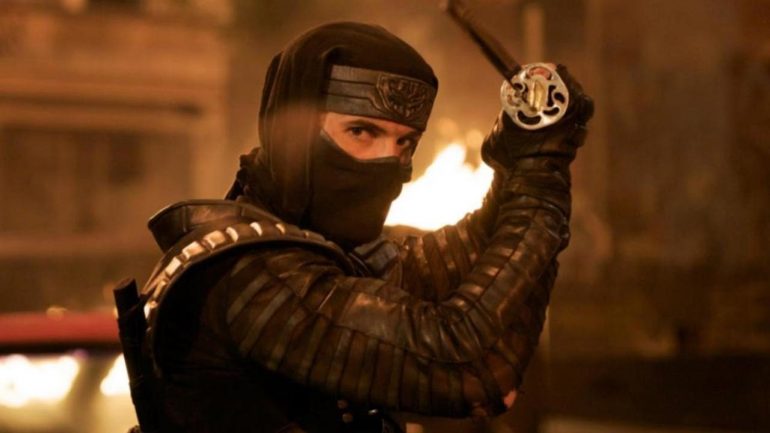 Ninja isn’t as good as its follow up but there’s still plenty to enjoy and one action fans should check out for sure.

Plot: A westerner studying ninjutsu in Japan is asked by the sensei to return to New York to protect a legendary armoured chest that contains the weapons of the last koga ninja.

Review: Scott Adkins stars in this effective martial arts flick and as usual with his films, the fight scenes are top notch and he exudes charisma on screen. Why is this guy not making 100 million dollar movies?? Thank God he’s in The Expendables 2, which will hopefully make him the A-List star he deserves to be.

Adkins is at his best when he works with Isaac Florentine, director of the modern martial arts classics Undisputed 2 & 3. He gave us Yuri Boyka, one of the best written characters of any recent action movie. But we’re not here to talk about that; this is all about Ninja.  Adkins is at peak fitness in this flick and kicks plenty of ass. It has an old school, almost 80’s feel to it hearkening back to the likes of American Ninja.

Stephen Edwards provides a great score which sounds half Eastern and half electric guitar badassery and is effective for the action on screen.

Considering this was relatively low budget, the action is impressive and it is Isaac Florentine after all so no surprises there.

Overall, Ninja isn’t as good as its follow up but there’s still plenty to enjoy and one action fans should check out for sure.