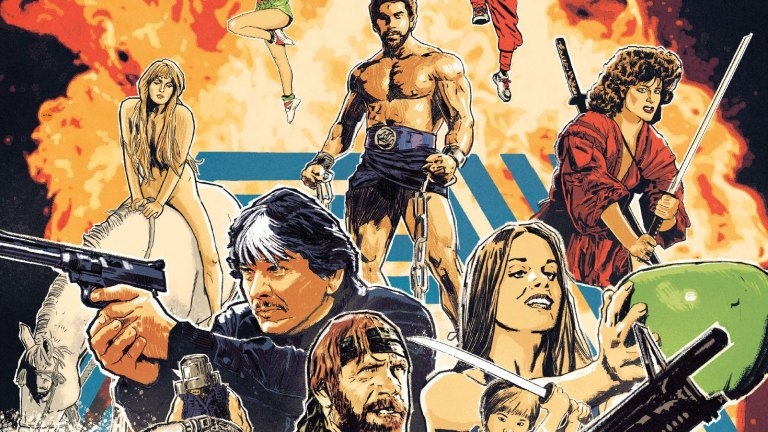 Well this is something we’ll be needing to purchase ASAP; I love anything to do with Cannon and 80’s action pictures in general so an entire book dedicated to it is right up my alley.

BearManor Media is to Publish The Cannon Film Guide, a Trilogy of Books About the Movies Released By the Legendary 1980s B-Movie Studio, Cannon Films.

Volume One is Available Now: Over 500 Pages Covering the Company’s First Five Years under the Leadership of B-Movie Icons Golan and Globus

“If you’re a fan of Cannon films, or even not a fan, you will be fascinated by Austin Trunick’s deep dive into the studio’s output. This is an under-reported part of cinema history and this book will delight both film buffs and casual devotees of action-packed movies. This book added to my knowledge, not to mention my testosterone level.”
—Frank Conniff, comedian, TV’s Mystery Science Theater 3000

“The Cannon Film Guide provides unprecedented access and understanding to the bone-crunching, top-popping, gut-busting, new-wave/roller-disco/Lambada-boogaloo teen-sex/chainsaw-massacre/martial-arts madness (and more!) wrought forth by Golan, Globus, and the mightiest gods of maniacally gonzo cinema. From the the go-go boardrooms of Tel Aviv to the urban gutters blasted clean by Charles Bronson, on to the breakin’ beats of Venice Beach and clear out to the furthermost reaches of Eternia, The Cannon Film Guide is the greatest book anyone could ever write about the greatest movie studio that ever was. And is.”
—Mike McPadden, author of Teen Movie Hell and Heavy Metal Movies

“A joyful, knowledgeable ode to one of the great film companies of all time, a sprawling epic full of fun stories, interviews, and images, and it delivers on its promise to be the ultimate guide to The Cannon Group and their releases.”
—david j. moore, author of The Good, the Tough, and the Deadly and World Gone Wild

“The Cannon Film Guide is a treasure trove of info for Golan/Globus fans. Even diehard Cannon scholars will learn from this tome!”
—Paul Talbot, author of the Bronson’s Loose! Books

From 1980 until 1994, The Cannon Group was responsible for the production of more than 200 films. Quantity, rather than quality, was the key to Cannon’s game: their output included many of the 1980s’ most beloved (and notorious) b-movies. Along the way they dipped their toes into every imaginable genre of movies, made stars out of Chuck Norris and Michael Dudikoff, kicked off the ninja and breakdancing crazes, and kept Charles Bronson working into the twilight of his career. While it’s rare to find a “traditionally” good film bearing the company’s famous logo, it’s even harder to find one that isn’t immensely entertaining from its title screen to the credit roll.

To be published across three volumes, The Cannon Film Guide will be the first comprehensive examination of the revered b-movie studio’s filmography in book form.
Now available in both softcover and hardcover editions, The Cannon Film Guide Volume I (1980-1984) explores forty films and franchises produced by The Cannon Group during the company’s first five years under the command of cult film legends Menahem Golan and Yoram Globus. Through in-depth critical studies and interviews with many people involved in the making of these films, the book tells the stories behind dozens of VHS-era classics. 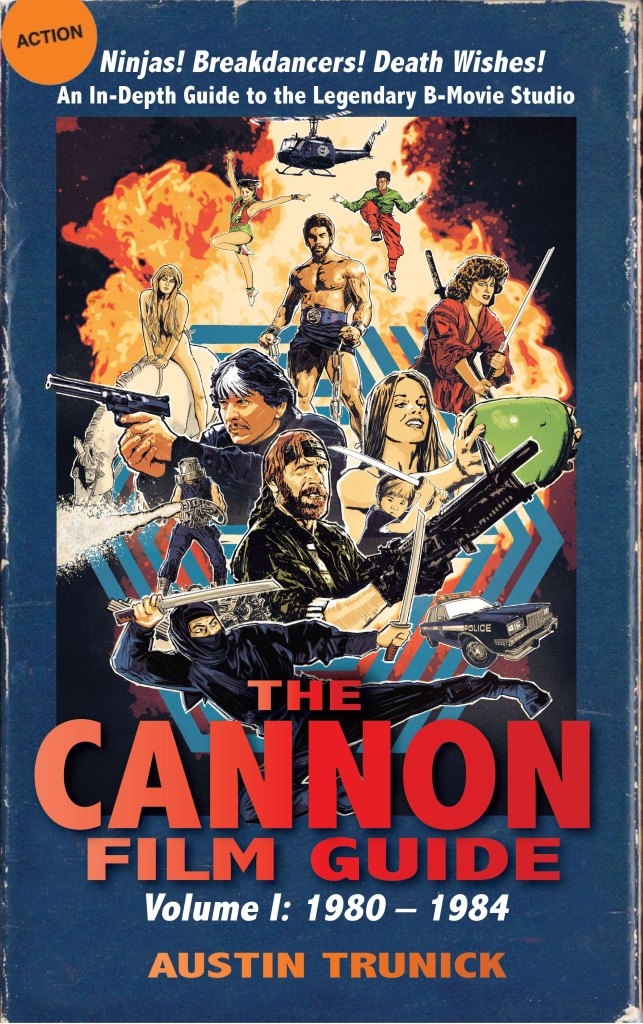 The book’s cover art was illustrated by Oisin McGillion Hughes.