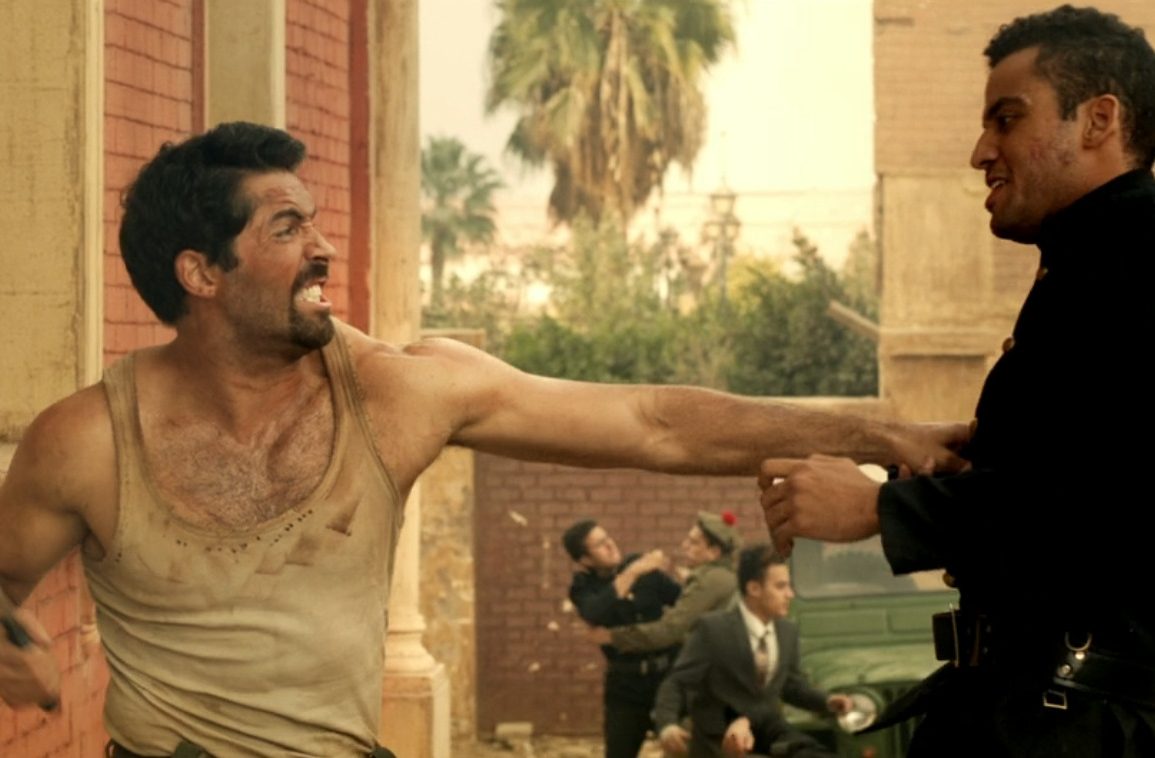 No Surrender is not short on ambition and the final 20 minutes have some impressive action but the blatantly false marketing of Scott Adkins on the cover is frustrating and will leave fans let down. When he is on screen it’s fun but the bad dubbing for the rest of the movie makes it an unintentional comedy. Proceed with caution…

Plot: An Egyptian police officer named General Yousef al-Masri lives in Karamouz neighborhood in Alexandria. The film dates back to the reign of King Farouk before the 1952 revolution in the English occupation of Egypt.

Review: Like everyone else the only reason I had heard of the Egyptian “action epic” No Surrender or had any interest whatsoever in checking it out was the addition of Scott Adkins to the cast. I blind bought the Blu-ray yesterday as Adkins was plastered over the cover making it look like he was the lead character; sadly, false marketing wins yet again and Adkins is only in the film for about 5 minutes and the rest is one of the most poorly dubbed movies I have ever seen.

The acting is absolutely atrocious and I would have preferred it if it was in the original language with subtitles but then I would miss hearing classic dialogue like “my name means bird; I can fly” which was amazing.

The majority of No Surrender (also known as Karmouz War) is actually pretty dull and there is no real action until the final 20 minutes. There are a few moments here and there with some fights where you can clearly see none of the hits making contact so it’s not particularly memorable.

Our lead Yousef (Amir Karara) is a well-respected member of the police (who looks like an Egyptian Jeffrey Dean Morgan) but when a girl comes to his station after being raped by British soldiers, he wants to protect her from them. The situation escalates and the whole British army ends up outside his station as Yousef vows to protect the girl and keep the soldier they arrested in custody. It’s funny how Yousef is described as chivalrous and yet he slaps his sisters around for not calling him “Big Brother” Yousef… OK then.

The music and many of the scenes are hilariously melodramatic so when something happens and we are supposed to feel sad I found myself laughing unintentionally. I hate to sound like I’m being a condescending asshole as this is clearly and ambitious Egyptian action movie but as I said they shouldn’t have dubbed it over as it takes away from any kind of drama.

There is far too much talking and just not enough of Adkins to be worthwhile; if you are an Adkins completist however, basically just watch the last 20 minutes as they are frankly awesome and obviously the budget was saved for that. He is a bad guy in it and when he is unleashed on the cops it’s spectacular stuff. I love how in the end credits he is described as Scott “Boyka” Adkins so the filmmakers were obviously fans and just wanted him to show up in their movie. He does get a fight with Yousef at the climax which isn’t bad but it’s not exactly Undisputed.

Overall, No Surrender is not worth wasting your time over other than for Scott Adkins but it has some of the worst dubbing of all time and for the most part its excruciating but the final 20 minutes have some impressive set-pieces and watching Adkins in action never disappoints.