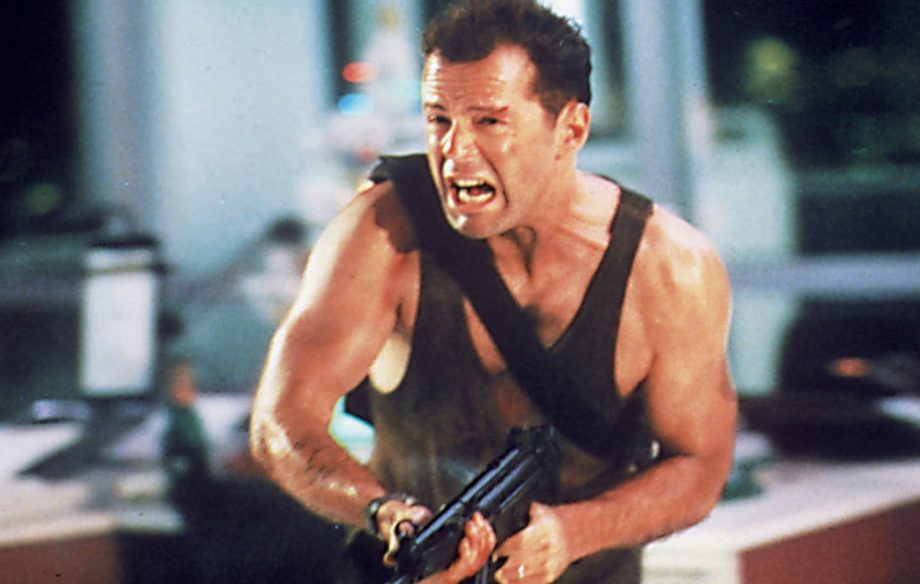 Nothing Lasts Forever is worth reading out of sheer curiosity and the template is right there for Die Hard, however despite some similarities I’d have to say that I prefer the movie in every way.

Plot: High atop a Los Angeles skyscraper, an office Christmas party turns into a deadly cage-match between a lone New York City cop and a gang of international terrorists. Every action fan knows it could only be the explosive big-screen blockbuster Die Hard. But before Bruce Willis blew away audiences as unstoppable hero John McClane, author Roderick Thorp knocked out thriller readers with the bestseller that started it all.

A dozen heavily armed terrorists have taken hostages, issued demands, and promised bloodshed all according to plan. But they haven’t counted on a death-defying, one-man cavalry with no shoes, no backup, and no intention of going down easily. As hot-headed cops swarm outside, and cold-blooded killers wield machine guns and rocket launchers inside, the stage is set for the ultimate showdown between anti-hero and uber-villains.

Review: I wrote an article a few weeks back about how Nothing Lasts Forever became Die Hard so now I thought I would actually review the book itself.

Story-wise it’s pretty similar to the classic Bruce Willis movie but as I stated before, some character names are different, especially Joe Leland who would later be called John McClane in the movies.

Leland is quite an arrogant character who has no problem waving his gun around to get results; in that respect he’s quite similar to John McClane and he has nearly as many one-liners. Leland never says the “yippee-kiyay” line sadly but you still root for him and he’s still the likable everyman.

The book is well paced and it’s difficult to put down as you’re desperate to see what will happen next. Author Roderick Thorp knew how to create plenty of tension and created a story with lots of unpredictable twists and turns.

Tony (AKA Hans) Gruber is an interesting villain but not quite a well-developed as he is in the movie which is rather odd. I do like how he’s not just a thief but he is essentially punishing KLAXON oil for doing dodgy deals in Chile so he’s actually more of a crusader… he just does things a little harshly.

Al Powell is pretty identical to his movie counterpart and helps Joe through his ordeal; but the biggest change is the ending.

If you’ve never read the book then don’t read this next sentence, but it’s no wonder they changed the ending for the movie. In the book Tony Gruber has Leland’s daughter as a hostage, whereas in Die Hard it’s John’s wife Holly.

In the book during the final confrontation between Joe and Tony, it has Joe with the gun taped to his back (just like the movie) and he shoots Tony but rather than Tony falling out of the window and everyone living happily ever after, Joe’s daughter falls out of the window with him… and dies! That’s right. Joe went through absolute hell just so he can watch his daughter die in front of him.

It was ballsy as hell to do an ending like that but if the movie had ended that way then it would have failed at the box office. You don’t want to read several hundred pages just to watch the hero fail so I had a big problem with that.

Overall, Nothing Lasts Forever is worth reading out of sheer curiosity and the template is right there for Die Hard, however despite some similarities I’d have to say that I prefer the movie in every way. Each character is just that bit more interesting and John McClane is far more sympathetic than Joe Leland.